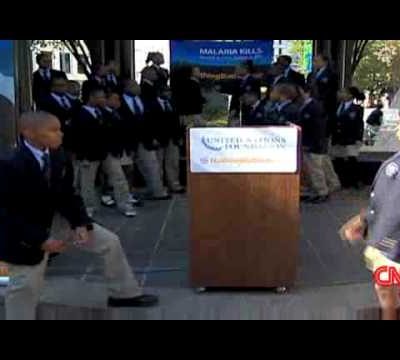 Next post
Involving kids in politics without indoctrinating them

by Cassy Fiano in military 3 Comments

Probably not. But a new Vets for Freedom ad implores him to, and in a very powerful way:

There’s even a petition asking Murtha to do the honorable thing and admit the lie, which he still won’t do.

In November 2005, you accused a group of United States Marines of killing “innocent civilians in cold blood”. You made these allegations during an ongoing investigation. In fact, a Marine Corps spokesman said that you made your statement a week before you had even been briefed.

You continued to accuse these eight Marines of “cold-blooded murder and war crimes” well into the next year, even after the Marine Corps itself said your comments on the matter “would be inappropriate and could undermine the investigatory and possible legal process.”

As a result of the investigation, the charges were dropped against 7 of the 8 Marines and the other Marine is awaiting his day in court.

However, you have not withdrawn your statements or apologized for your defamatory remarks.

Marines implicated in the incident believe that you have committed slander and libel against them. These United States Marines, whose honor you have attacked, deserve to hear an apology from you.

We, the undersigned, implore you, Representative Murtha, as a man who serves the public in Congress, as a man who once served in the Marine Corps, to do the honorable thing.

I signed the petition. You should too. Seven of the eight Marines that Murtha accused of murder have been cleared of any wrongdoing, and the last Marine is waiting for his day in court, yet Murtha still refuses to admit to his defamation of these honorable men. The story that Murtha peddled to the media was one that Al Qaeda cooked up. Yet still no apology.