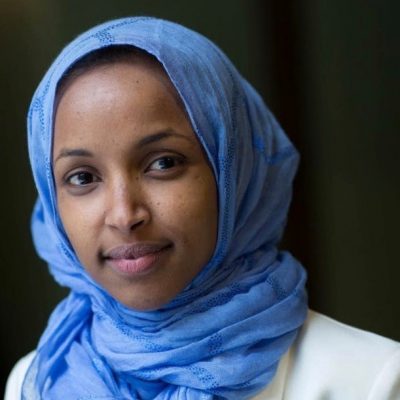 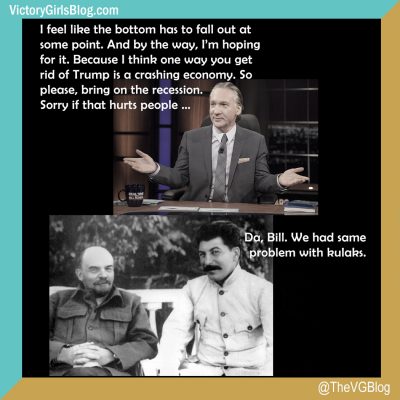 Next post
Bill Maher, a Compassionate Liberal, Wants You To Suffer 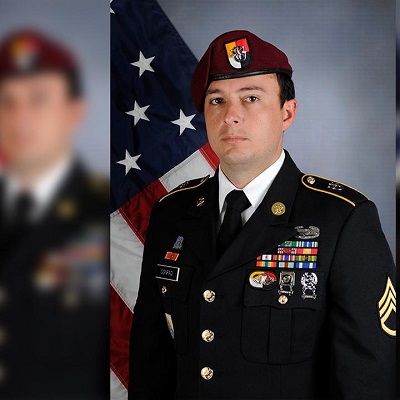 by Marta Hernandez in military 8 Comments

A US Special Forces Soldier was killed by al-Shabaab in Somalia this week. SSG Alexander Conrad was killed at an outpost 60 miles northwest of Kismayo while helping Kenyan Defense Forces and the Somali National Security Forces conduct a multi-day operation to root out al Shabaab militants and establish a permanent combat outpost. This tragic event barely evoked a sigh from Americans and the news media, who were all more interested in Trump’s antics at the G-7 than they were at the fact that a US troop was murdered by al-Qa’ida affiliated terrorists. 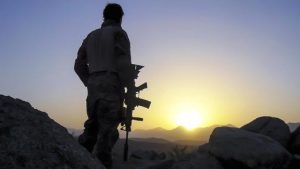 See, we’re all lulled into a false sense of security. Barack Obama declared al-Qa’ida decimated so many times, during his presidency, one would have thought he had gone out to Jalalabad and smitten Usama bin Laden with a golden sword all by himself. He then famously compared ISIS to a “JV team,” implying they would be easy to defeat.

Last year’s CT operations left ISIS a shadow of its former self. The New York Times reported last year that ISIS was crumbling.

In Syria, [in 2014] American-backed militias have surrounded Raqqa, the group’s capital, and breached its historic walls. Across the border, Iraqi forces have seized the remains of the Mosul mosque where [Abu Bakr] Baghdadi appeared and besieged the remaining jihadists in a shrinking number of city blocks.

The losses continued in Tikrit, the northern Sinjar region, Ramada, and Fallujah, and as of last December, ISIS no longer controls any territory in Iraq, and it’s territory in Syria has been drastically reduced.

No one even thinks about al-Qa’ida anymore, and we seem to be doing a premature victory dance about ISIS as well.

Oddly reminiscent of the US government’s reaction to the fall of the Soviet Union, when resources were redirected toward other threats with a complacent wave of the hand because the USSR was going to be all “democratic” and free now, ignoring Russia’s military build-ups and every warning sign of a resurgent Russia under Vladimir Putin, and being caught flatfooted when Russia illegally annexed Crimea in 2014, we appear to be demonstrating a similar self-satisfied smugness when it comes to international terrorism. 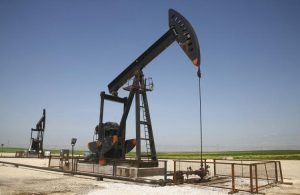 Fact is ISIS is far from defeated. They still bring in millions – if not billions – of dollars per year in oil revenues, extortion, sex slavery, and other illicit activities. Online videos, magazines, and other propaganda, driven by the latest technological advances, are giving them the weapons to launch attacks and plot more – without having their leaders touch weapons or step foot in the west. ISIS continues to inspire and direct attacks all over the West from Paris, to London, to Brussels.

In early 2015, it became known that ISIS had developed a 34-page manual on securing communications. The document, based on a Kuwaiti firm’s manual on cybersecurity, popped up in jihadi forums. The document also listed those applications considered most suitable for use, such as Mappr, a tool for changing the location of a person in photographs. The Avast SecureLine application facilitates the achievement of similar goals, masking the user’s real IP address by specifying, for example, an access point in South Africa or Argentina in place of, say, Syria.

Jihadis have advised using non-American companies such as Hushmail and ProtonMail for email correspondence. Hushmail CEO Ben Cutler acknowledged in comments to Tech Insider that the company had been featured in the manual, but added that “It is widely known that we cooperate fully and expeditiously with authorities pursuing evidence via valid legal channels”. In turn, CEO of Proton Technologies AG Andy Yen mentioned that besides ProtonMail, terrorists likewise made use of Twitter, mobile phones, and rental cars. “We couldn’t possibly ban everything that ISIS uses without disrupting democracy and our way of life,” he emphasized.

For telephone calls, the manual recommended the use of such services as the German CryptoPhone and BlackPhone, which guarantee secure message and voice communications. FireChat, Tin Can and The Serval Project provide communication even without access to the Internet, for example, by using Bluetooth. The programs recommended by terrorists for encrypting files are VeraCrypt and TrueCrypt. The CEO of Idrix (the maker of VeraCrypt) Mounir Idrassi admitted that “Unfortunately, encryption software like VeraCrypt has been and will always be used by bad guys to hide their data”. Finally, the document makes mention of Pavel Durov’s messaging system, Telegram.

But if you think al-Qa’ida is no longer a threat just because ISIS is, you are sadly mistaken. Al Shabaab, an African militant group that has pledged its allegiance to al-Qa’ida, has been launching attacks and targeting civilians, including the murder of SSG Conrad and the twin bombings in Mogadishu, Somalia in October 2017. 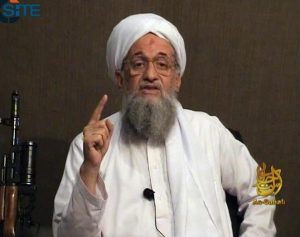 Al-Qa’ida leader Ayman al-Zawahiri in May called for attacks on the US and Israel in retaliation for the relocation of our Embassy to Jerusalem.

Last year, al-Qa’ida called for train and other transportation attacks in the US and Europe.

While we were doing our little happy dance about ISIS’s losses last year, al-Qa’ida once again began to spread like a twisted malignancy, inspiring a female radical to launch an arson attack on a Minnesota college campus this year.

When the USSR fell and the Berlin Wall came down, the US government reallocated the resources it had focused on the communists to other threats, and Russia is on the rise again, threatening its neighbors, and influencing political processes – even here in the US.

We left Iraq before the job was complete, and ISIS rose to power.

We turned around, and al-Qa’ida was back, with some if its networks, such as Al Qaeda in the Islamic Maghreb and al-Shabaab, still plotting attacks and still dangerous.

Those who naively ask why we have troops in places like Somalia are missing the forest for the trees. Our troops are helping train military forces there to keep their own countries safe, and by extension, western aid workers, journalists, business people, and oil transportation routes

If we allow al-Qa’ida to grow, find safe havens, and continue recruiting feeble minded malcontents all over the world to murder innocent people and hinder transportation routes, we will have learned nothing from past mistakes, and SSG Conrad’s death will have been in vain.