The UN and Israel

Next post
Starbucks' #RaceTogether Campaign Is An Insulting Joke

The UN and Israel

The UN has decreed that Israel is the greatest violator of women’s rights.  From ABC News:

The resolution stressed the quest for equality and reaffirmed “that the Israeli occupation remains the major obstacle for Palestinian women with regard to their advancement, self-reliance and integration in the development of their society.” It called on the international community to continue providing urgently needed assistance and services “to alleviate the dire humanitarian crisis being faced by Palestinian women and their families.”

The Israeli ambassador to the UN made a point of calling out the inconsistency of the nations on this so-called committee on the status of women and the behavior of the Palestinians:

Prosor accused the Palestinians of mistreating women, noting that “honor killings in the Palestinian Authority are a matter of daily occurrence, and employment of women stands at only 17 percent.” That compares with 70 percent of men.

“Of the 193 member states in this institution, dozens slaughter innocent civilians and impose discriminatory laws that marginalize women and yet they all get a free pass,” he said, noting that the commission includes “some of the worst violators of human rights like Iran and Sudan.”

Who sponsored this joke of a resolution? That would be South Africa and the Palestinians.  So let us discuss the sponsor states and their treatment of women. US State Department Bureau of Diplomatic Security describes South Africa as follows:

South Africa has one of the highest rape rates in the world. While not specifically targeted, foreigners can easily become victims. This crime occurs everywhere and against all age groups, including infants and the elderly. The use of Gamma Hydroxybutyric (GHB), the “date rape drug,” is common by criminals to facilitate overpowering their victims. Many rape victims are killed or severely wounded either in the initial attack or after being raped. Brutal mutilations and immolation of some live victims are disturbing trends. Due to the extremely high rate of HIV/AIDS, anyone who is the victim of rape or sexual assault should seek medical attention immediately to include prophylaxis against HIV and other STDs, and report the crime to the police.

Rape and AIDS spread through rapesure makes that a safe place for women, right? Then there are the Palestinians. Who have the charming tradition of Honor Killing. For being too westernized or for speaking to a man outside her family. Yup a couple great places to raise daughters.

Then there is Israel: 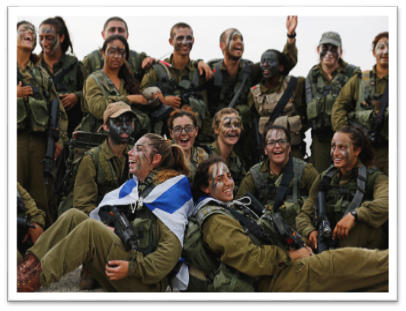