For the last few days the U.N. Security Council has been talking amongst themselves. What’s so bad about that you ask? Don’t they usually talk amongst themselves outside of their regularly scheduled meetings? Well, it depends upon the topic of conversation. Louis Charbonneau of Reuters broke the following story late Thursday afternoon:

Major world powers have begun talks about a United Nations Security Council resolution to lift U.N. sanctions on Iran if a nuclear agreement is struck with Tehran, a step that could make it harder for the U.S. Congress to undo a deal, Western officials said.
The talks between Britain, China, France, Russia and the United States — the five permanent members of the Security Council — plus Germany and Iran, are taking place ahead of difficult negotiations that resume next week over constricting Iran’s nuclear ability.
Some eight U.N. resolutions – four of them imposing sanctions – ban Iran from uranium enrichment and other sensitive atomic work and bar it from buying and selling atomic technology and anything linked to ballistic missiles. There is also a U.N. arms embargo.
Iran sees their removal as crucial as U.N. measures are a legal basis for more stringent U.S. and European Union measures to be enforced. The U.S. and EU often cite violations of the U.N. ban on enrichment and other sensitive nuclear work as justification for imposing additional penalties on Iran.

It seems that Obama is working his Iran deal with a U.N. twist and nothing good will come of that. If the U.N Security Council votes to lift those sanctions and agrees to adhere to the Iran deal that Obama cooked up, there are many who believe that the Security Council ruling will supersede even our United States Constitution. 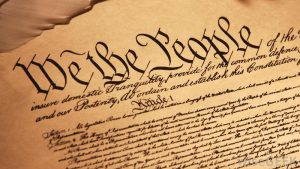