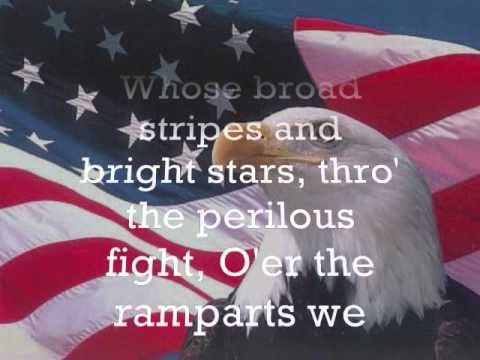 Our National Anthem “The Star Spangled Banner” is the best national anthem ever. It totally rocks. I didn’t always think so. I sang it dutifully. It’s probably the second song that I ever learned, right after the “Marine Corps Hymn”. That is what happens when your Dad is a Marine.

I knew that Francis Scott Key had written “The Star Spangled Banner” at Ft. McHenry during the War of 1812. Yawn, Boresville. Who cares? 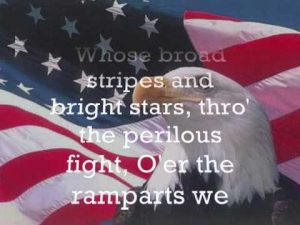 Well, as it turned out, I care. My son is an officer in the United States Army. There is something about watching your child raise his right hand and swear the official oath that would make any normal person turn into a flag waving Patriot:

I, _____, having been appointed an officer in the Army of the United States, as indicated above in the grade of _____ do solemnly swear (or affirm) that I will support and defend the Constitution of the United States against all enemies, foreign and domestic, that I will bear true faith and allegiance to the same; that I take this obligation freely, without any mental reservations or purpose of evasion; and that I will well and faithfully discharge the duties of the office upon which I am about to enter; So help me God.” (DA Form 71, 1 August 1959, for officers.) Courtesy of Army.mil)

Suddenly, every line of “The Star Spangled Banner had meaning. “Oh say, can you see, by the dawn’s early light, what so proudly we hailed, at the twilight’s last gleaming?” Yes. I get it now.

Newsbusters has reported on an article from The Root that we need a new “National Anthem”. The Root is a black news website started by Henry Louis Gates, Jr. aka Skip Gates (see also, Obama Friend, Beer Summit, “Police Acted Stupidly”). Lawrence Ware is the author of this article and it is filled with leftist claptrap. You can read it, but unless you need your blood pressure raised, just don’t. From the article:

Despite going to graduate school in the discipline, my greatest education in philosophy happened at the barbershop.

Old Man James, my barber since I was in elementary school, once hipped me to some game about the tension between blackness and patriotism in America.

“Y’all still singing the national anthem in school, young blood?” he once asked.

“Yeah,” I said, not sure where this was going.

“You’ll learn,” he said as he began to cut my hair.

I did learn—and, apparently, so did Colin Kaepernick. While many are outraged by his protest, others are joining him.

END_OF_DOCUMENT_TOKEN_TO_BE_REPLACED

It’s not over yet. Don’t give up. When this happened four years ago, I went and read the story of how Francis Scott Key wrote the national…

END_OF_DOCUMENT_TOKEN_TO_BE_REPLACED 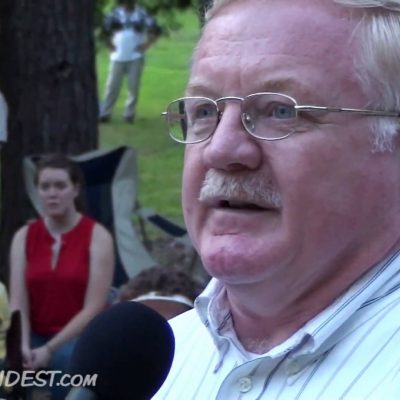