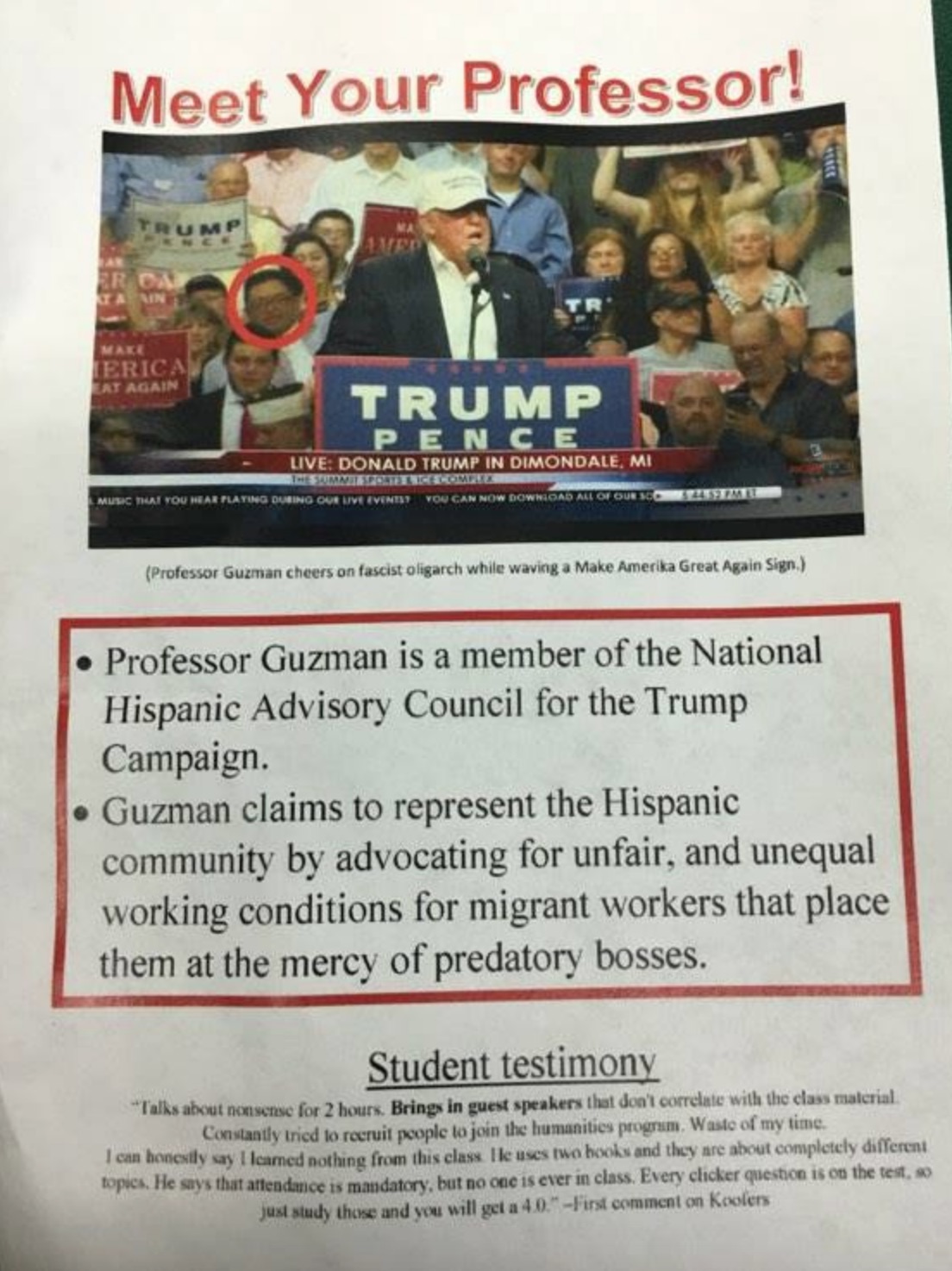 The snowflakes are so hot, they’re melting all over the Michigan State University campus. You see, according to the Liberal Loon Playbook—adopted by just about every university across the nation—it’s acceptable to identify as the opposite gender, just don’t dare identify as anything other than liberal. So what’s liquefying the snowflakes now? Well, one of the school’s professors, who happens to be Hispanic, has the audacity to also identify as a Republican. But if that’s not enough of a Major Sin, Dr. Joseph Guzman’s also—gasp!—supporting Donald Trump. And to show their tolerance and respect for freedom of speech and association, the Brownshirts are relentlessly, and publicly, shaming Dr. Guzman online, while he’s out with his family, and on-campus in the form of a flyer. Check out what the cupcakes have posted all over campus about the self-described “husband, dad, defender of liberty, chorizo breakfast champion” (he sounds scary, doesn’t he?):

The attacks against Dr. Guzman are absolutely disgusting! https://t.co/HcNhVffeGZ

END_OF_DOCUMENT_TOKEN_TO_BE_REPLACED

Our favorite University of Missouri professor has pled it out. Melissa “I need some muscle over here” Click was charged this week with third degree assault –…