Sarah Palin intrigued political watchers on Friday in Des Moines, Iowa, when she told the Washington Post that was “seriously interested” in running for the Presidency in 2016. “I am. As I said yesterday, I’m really interested in the opportunity to serve at some point,” Palin said as she prepared to address conservative activists who were in Des Moines to attend the Iowa Freedom Summit.

Here is a short clip from the speech she gave to attendees on Saturday. And, as usual, she came armed with plenty of red meat:

She also posted this intriguing image on her Facebook page: 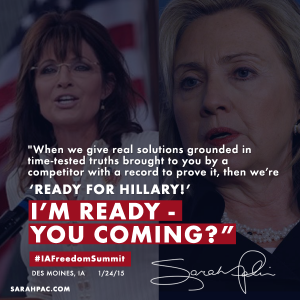 Hmmm. Is Sarah ready to run?

END_OF_DOCUMENT_TOKEN_TO_BE_REPLACED 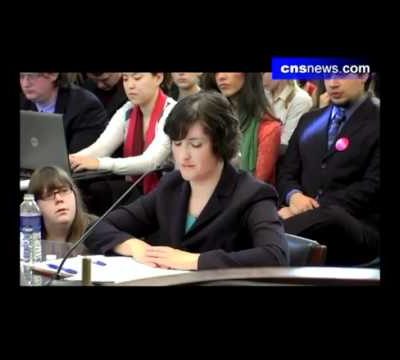 Hobby Lobby: A Victory for Conservatives, A Downer for Sandra Fluke

As I wrote last week, I waited with bated breath over the weekend for the last of the Supreme Court decisions for the 2013-14 term to be…

END_OF_DOCUMENT_TOKEN_TO_BE_REPLACED

Justice Clarence Thomas – Liberal elites were the “worst” to me.

END_OF_DOCUMENT_TOKEN_TO_BE_REPLACED

So by now, most of us know that Oprah Winfrey feels Obama the Lessor is completely “disrespected” in this country due to… wait for it… RACISM! Oprah…