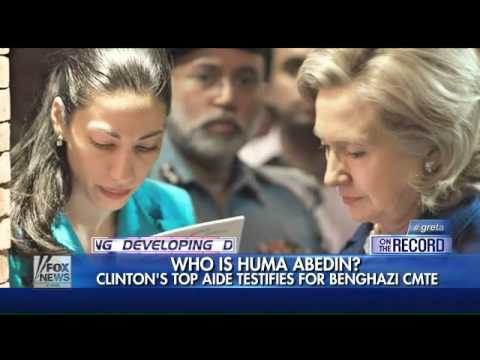 We all know that Huma Abedin is Hillary Clinton’s closest personal aide. Hillary has referred to Huma in the past as a “daughter.”


I don’t think that characterization is entirely accurate. As the mother of a daughter myself, I can honestly say that we want better for our daughters than we had for ourselves. One needs to only look at the husband of Chelsea Clinton, Marc Mezvinsky, as compared to the husband of Huma Abedin, Anthony Weiner, to tell you exactly how “Hillary’s daughters” have fared. Hillary may refer to Huma as a “second daughter,” but she really is Hillary 2.0, right down to the marital scandals.

And as Hillary 2.0, she has quietly ridden coattails to power. If all had gone according to plan, the coattails would have been her husband’s, but… well, we all know how that imploded. Not once, but twice. (And one quietly wonders how the Bill Clinton presidency would have ended if technology like Twitter, Instagram, and Snapchat, along with cell phone video cameras, had existed in the 1990’s.) So Huma is back on Hillary’s coattails to power once more.