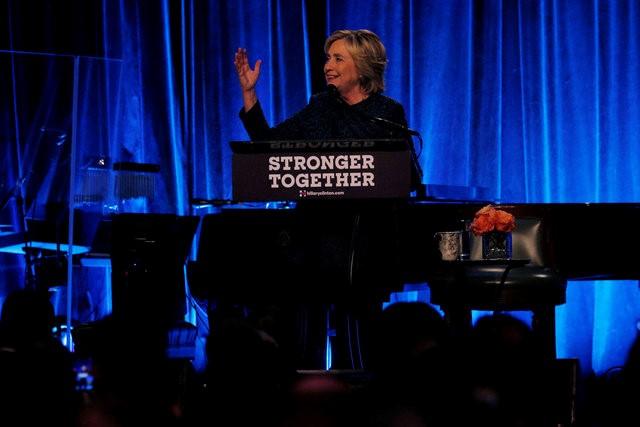 At a fundraiser in New York City, Hillary Diane Rodham Clinton said that you could put half of Donald Trump’s supporter in a “basket of deplorables”. The other half are just in a dead end or lost a child to Heroin. All of the Donald Trump supporters are sad and that is why they jumped on the Trump Train.

As I have made quite clear, Donald Trump was my number sixteen choice on the GOP slate of Presidential contenders. I was a “Never Kasich” kind of girl. Hillary Clinton, I will always be a “Never Hillary” girl. I would vote for Bernie Sanders for President before I would vote for the mean, bitter, shrill, hateful, bully. Yes, I called that woman a bully.

The event was hosted by noted genius Barbra Streisand at Cipriani Wall Street and the event was LGBTQRSTUV focused, according to The Hill. Hillary raised a reported six million dollars ($6,000,000.00) at the event where tickets cost upward of $250,000.00. There was no report on how much a selfie with Hillary cost, but The Week has reported that the usual charge is $2,700.00.