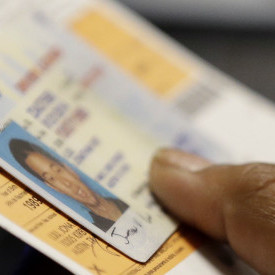 A panel from the Fifth Circuit Court of Appeals in New Orleans, in a split decision, stayed the district court’s granting a permanent injunction against enforcement of certain sections of the Texas Voter ID law. Those protesting the law, claimed it was unconstitutional because it would prevent, or at least deter, voters without a “valid form of ID” from voting. The Fifth Circuit, in a surprising turn, not only applied the law to the issue before it but they also applied common sense.

In its opinion, the court stated, “The State has made a strong showing that it is likely to succeed on the merits. SB 5 allows voters without qualifying photo ID to cast regular ballots by executing a declaration that they face a reasonable impediment to obtaining qualifying photo ID.” If you check the Texas Secretary of State’s website, you can see there are a number of ways a voter can identify himself and still be in compliance with the law. Among the accepted forms of identification are a valid driver’s license, an election identification certificate, a state ID card, a concealed carry permit and a U. S. passport. If a voter doesn’t have one of those, he can still vote if he presents a voter registration card, a utility bill, a certified birth certificate, among others. If one of these supporting forms of is then accompanied by a “Reasonable Impediment Declaration.” But there are even exceptions to that, including an exception for those who have a religious objection to having their picture taken.

END_OF_DOCUMENT_TOKEN_TO_BE_REPLACED

Court Puts the Brakes on Obama’s Executive Order on Immigration

Do you remember hearing President Obama brag about his Infinite Powers to use executive orders because he had “a pen and a phone?” Here’s a reminder, with interpretation courtesy…