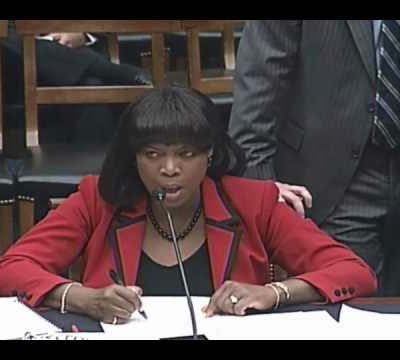 Oprah: Michelle Obama is the greatest First Lady EVER!

Oprah: Michelle Obama is the greatest First Lady EVER!

by Cassy Fiano in People 22 Comments

Can you FEEL the excitement?? Celebrities met with Michelle Obama at the Time 100 Most Influential People Awards gala, and boy, were they thrilled. Did you know that Michelle Obama is the best First Lady we’ve ever had? Like, EVER?

Though the room was filled with luminaries from around the world, most were star-struck to be in First Lady’s company – even old friend Oprah Winfrey, her tablemate at the event. (See more in Gatecrasher, pages, 26-27)

“Seeing as how Michelle is the greatest First Lady we’ve ever known, not to take anything away from the other First Ladies, but I think its so fantastic that she’s tonight’s guest and leads the pack of influentials,” Winfrey told the Daily News.

“I think that we see that Michelle is someone of multi-dimensions, and that you don’t have to be just one thing, you can be many things,” said Diane Sawyer. “In many ways were just getting to know all that she can and will do.”

“Michelle is incredible, I think she’s amazing,” said designer and Beatles scion Stella McCartney, who also made Time’s list. “The half-American in me wants to dress her.”

First, can I just comment on the irony of Joy Behar commenting on someone’s sanity? That little tidbit made me giggle. I don’t think Joy Behar, of all people, is qualified to determine whether someone is considered crazy or sane.

And of course, no other First Ladies were ever multi-dimensional, were they? Like Oprah said, Michelle is the best First Lady EVER. Better than Abigail Adams, who had tremendous political influence with her husband, John Adams — so much so that she was referred to as “Mrs. President”. Better than the notably warm and generous Dolley Madison, who saved the potrait of George Washington from the White House in 1814 as it burned, set ablaze by the British. Better than Martha Washington, who — along with her husband George Washington — willingly sacrificed the quiet lives they cherished in order to lead a country that needed them. Better than Jacqueline Kennedy, who brought culture and history to the White House, and whose courage after her husband’s assassination inspired a nation. Better than Nancy Reagan, who showed amazing devotion to her husband and campaigned tirelessly for a multitude of charities, notably for preventing drug and alcohol abuse.

Michelle Obama is better than all these women. And why? Because she looks nice in haute couture. Because she’s got sculpted arms. I guess being in the White House for just over 100 days qualifies her to be the best First Lady ever. And of course, she doesn’t actually have to do anything notable to be the best First Lady ever. Oprah said so, and Michelle’s married to the Obamamessiah, so it must be so.

Really, all of this is sickening. And it’s disrespectful and demeaning to the history of our country, to the men and women who have fought and sacrificed and directed this country. Michelle has accomplished nothing as First Lady, yet we’re supposed to deify her. Disgusting.