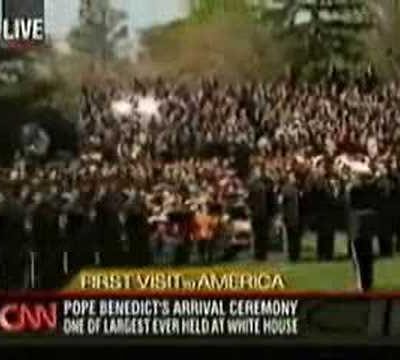 Previous post
Happy 235th birthday to the US Army

Military life is not all love letters and clean houses

Next post
First Nikki Haley is a whore, and now she's a raghead

Military life is not all love letters and clean houses

My newest post at Hard Corps Wife takes on a Yahoo article that encourages women to date men in the military, and for all of the shallowest and most unrealistic reasons.

And real military life? It is nothing like what this article talks about. I’ve never received a single love letter from Matt, not even while he was deployed. I asked some of my other friends, also married to Marines, and received similar snorts of indignation. Love letters are plenty romantic, but it’s probably you who will be sending them. There also isn’t a whole lot of reliable internet service, so web cams and e-mails aren’t happening all that often, either. And best physical shape of their lives? Most Marines are in decent shape, but plenty of them aren’t, too — dating someone in the military does not ensure you get chiseled abs and a sculpted six-pack.

… Being in the military doesn’t guarantee you’re going to get this whirlwind romance, complete with Richard Gere straight out of An Officer and a Gentleman. The only thing that you really can attest to out of this article is the uniform… which is pretty damn sexy.

What bothers me about this article is that it leads to uniform chasers. These are the girls who fall in love with the idea of dating a soldier or a Marine or a sailor, the girls who saw Ben Affleck and Josh Hartnet in Pearl Harbor and thought they’d pick one up for themselves.

They’re the ones who swan around town wearing Marine Corps everything. You know, because when you walk around Camp Lejeune with a young-looking guy who’s got a fade, no one knows you’re a Marine Corps wife or anything. They’re the ones who won’t work, who live off of their husband’s paycheck, and yet are the quickest to whine about how hard their life is. These are also the same girls who crack under the pressure as soon as the first deployment rolls around and start sleeping with every guy they see at a bar. You always know which girls they are. They walk into the bar wearing their wedding rings, sit down on a bar stool, slip their wedding rings into their pockets, and go to town.

You know which girls they are because they’re shallow, who married their men for shallow reasons.