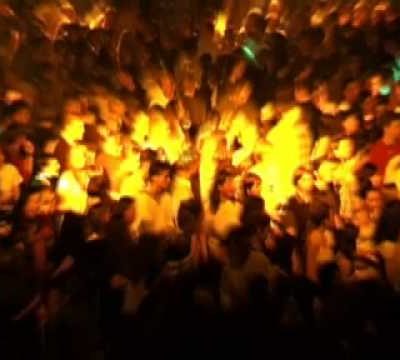 by Cassy Fiano in People 7 Comments

Iran has erupted into full-scale chaos. Former Iranian President Rafsanjani has seen his family arrested. Thousands of protestors crowded the capital yesterday, where police met them with batons, water cannons, and… tear gas. Injured protestors are being arrested and detained when they go to hospitals for treatment, to the point where they have started fleeing to foreign embassies. Helicopters are allegedly pouring boiling water or some other burning agent onto protestors. Mousavi has released a statement saying he is prepared to be martyred. Over 20 bloggers and reporters have been reported to be arrested. The Basij is now breaking into people’s homes.

And then there is Neda. Before I show you the graphic and heartbreaking video, here’s some background:

A young woman who was standing aside with her father watching the protests was shot by a basij More.. member hiding on the rooftop of a civilian house. He had clear shot at the girl and could not miss her. However, he aimed straight her heart. I am a doctor, so I rushed to try to save her. But the impact of the gunshot was so fierce that the bullet had blasted inside the victim’s chest, and she died in less than 2 minutes.

The protests were going on about 1 kilometers away in the main street and some of the protesting crowd were running from tear gass used among them, towards Salehi St.

The film is shot by my friend who was standing beside me.
Please let the world know.

Here is the video of Neda, a young girl murdered by Iranian police thugs. Her name meant “voice” or “the call” in Farsi, and she’s now being called the Voice of Iran. Her father screams in agony and pain as she dies in front of him. It will undoubtedly bring tears to your eyes and anger to your heart.

And then there is the worst rumor of all: that there is now a tank in Azadi Square.

Of course, Obama’s statement is nothing more than, once again, a “strongly-worded condemnation”. Shocking that he couldn’t garner more outrage or emotion over this chaos in Iran.

The Iranian government must understand that the world is watching. We mourn each and every innocent life that is lost. We call on the Iranian government to stop all violent and unjust actions against its own people. The universal rights to assembly and free speech must be respected, and the United States stands with all who seek to exercise those rights.

As I said in Cairo, suppressing ideas never succeeds in making them go away. The Iranian people will ultimately judge the actions of their own government. If the Iranian government seeks the respect of the international community, it must respect the dignity of its own people and govern through consent, not coercion.

Martin Luther King once said – “The arc of the moral universe is long, but it bends toward justice.” I believe that. The international community believes that. And right now, we are bearing witness to the Iranian peoples’ belief in that truth, and we will continue to bear witness.

While Iranians are dying for freedom (there were 30 – 40 reported dead in yesterday’s protests alone), Obama has some tool skateboarding in the White House (disrespectful in and of itself, even without the current situation). And all he can summon up in his statement is that he mourns the lives lost, and that if Iran doesn’t cut it out, they’ll lose respect? Somehow, I don’t think that keeps Khamenei up at night, especially considering Obama is apparently still harboring hopes to have talks with the Iranian mullahs. Our president still wants to chat with a murderous regime that’s killing its own people in cold blood. What does that tell you?