Previous post
Abortion or Murder? You Can't Have it Both Ways

Next post
One World Trade Center or 'Freedom Tower' gets it's Spire and Weekend Links!

Mr. Lowry was interviewing an applicant for a Precinct Committee Person (PCP) position, since the committee had “misplaced” his application nine months earlier. The applicants name was Christopher Busby, and he just happens to be the local Log Cabin Republicans Vice President. During the course of the interview, Mr. Lowry produced a copy of the 1972 book The Gay Agenda and asked Mr. Busby repeatedly if he supported “relaxing age of consent laws” to support pedophilia, and whether he supports sex education for kindergartners.

Stunningly, the Harris County Republican Party County Chairman Jared Woodfill, who was responsible for appointing Mr. Lowry to his Committee post, has done nothing to condemn the actions of the committee in the wake of this situation. Now, you might ask if there was anything about Mr. Busby that led the county apparatus to suspect he was less than honest about his affiliations or his support of candidates-as happened across the country during the 2012 election cycle. The answer is a resounding “No”. Mr. Busby’s resume of work for the party is long and distinguished. He has worked on no fewer than five state campaigns and most recently for Mitt Romney’s Presidential campaign in 2012. This is a dedicated Republican with a record of exceptional service to the party.Is this how we are going to recapture the “Big Tent” philosophy that Ronald Reagan espoused in the 1980’s how we are treating those who wish to serve our party?

Ed Hubbard, a conservative blogger from Texas Blog www.BigJollyPolitics.com said it best, in my opinion, when he wrote after the 2011 local elections:

“In practical terms, it means that we need to stop using the terms “gay,” “lesbian,” and “homosexual,” as rhetorical weapons, either against our Democratic opponents or against each other. Moreover, we need to recognize that there are men and women in our community who are both homosexual in their sexual orientation and conservative in their politics, who have held or currently hold positions within the GOP and who have been our party’s nominees for elected office.Rather than drive these people away from us, can’t we acknowledge their courage, examine their qualifications based on competence and character, and then, welcome them to join us in our effort to rebuild our society based on our fundamental principles?”

In case you need a reminder of what the founding fathers viewed as the Golden Rule (as I did), it was :

“…the golden rule is all the equality that can be supported or defended by reason or common sense.”

Martin Luther King Jr. also echoed these sentiments when he said in his iconic “I have a dream” speech:

“I have a dream that my four little children will one day live in a nation where they will not be judged by the color of their skin but by the content of their character.”

This is exactly what the Harris County Republican Party should have done, but failed miserably to do, when they interviewed Christopher Busby.

The Log Cabin Republicans in Harris County have requested, and received, help from the national Log Cabin organization as well as the Republican National Committee (RNC) in this situation; but their requests for repudiation of Mr. Lowry’s questions and an overturn of the vote to deny Mr. Busby his PCP position have been met largely with inaction by the RNC.

We have a choice, as an organization, do we continue to accept actions like this, which are incredibly damaging to the Republican brand on every level and disgusting to boot? The other choice is to demand action on the local level and send a message to everyone within the organization that this type of behavior will not be tolerated in the GOP moving forward. It is in violation of the founding principles of our nation, and our party. If the GOP still holds the sanctity of equality for ALL citizens as a foundational principle, we need to act on it and purge our ranks of those who would violate it. 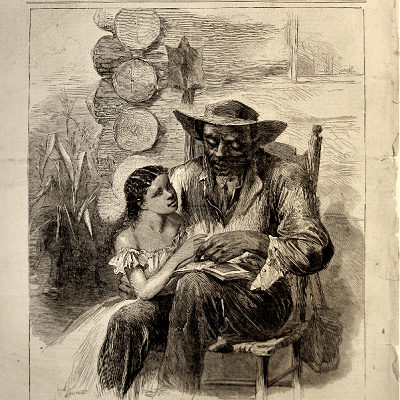