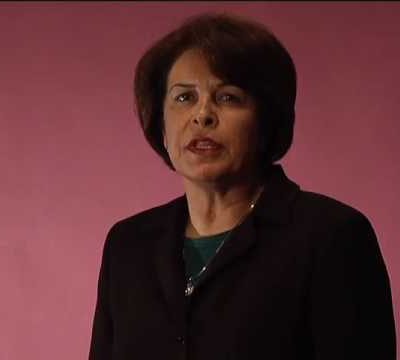 Next post
Obama to Germany: Hey, sorry we bombed you during WWII

by Cassy Fiano in Headlines 10 Comments

Judy Blume, the famous children’s book author, and the butchers/law-breakers at Planned Parenthood have thought of THE BEST Mother’s Day present EVER. Make a donation to Planned Parenthood! How better to honor a woman who didn’t abort you than to donate to an organization that performs thousands of abortions every day? It’ll honor her courage, or something.

Blume is lending her name to the solicitation of donations for Planned Parenthood, the nation’s largest abortion business.

In a new missive ironically celebrating mothers day, Blume suggests sending a donation to the pro-abortion group to honor mothers.

“Say thanks this Mother’s Day with a gift that honors her courage by making a donation to Planned Parenthood in her name. I guarantee you that she’ll be pleased. I know I would be,’ Blume writes.

“There is no organization that I know of that supports motherhood and all that it means more than Planned Parenthood. That’s why I’m honoring moms everywhere with my gift to Planned Parenthood today,” Blume adds.

Blume notes how more woman are seeking abortions form Planned Parenthood because of the difficult economy and she urges readers of the email to use that as a reason to support the abortion business.

Planned Parenthood offers to send a card to any donor’s mother saying that a person sent a donation to the pro-abortion group in her name.

Yes… nothing says “Happy Mother’s Day” like a donation in your mother’s name that will help a woman to not be a mother. I mean, hey, nothing could possibly mean more to your mom on Mother’s Day than a gift to the organization that will inject a saline solution into some woman’s uterus, burning her baby alive inside of her.

In all seriousness, this is just perverse. And weird. Of all the things Planned Parenthood can twist around to use for donations, is Mother’s Day really one of them? I mean, this is like Robert Byrd, former Kleagle of the KKK, asking people to donate money to the civil rights movement when he was in his prime Klan days. And just how does Planned Parenthood promote motherhood? They don’t, that’s how. Killing babies doesn’t promote anything, except the abortion business, and it certainly doesn’t promote motherhood.

But hey, who cares? Planned Parenthood and their supporters can exploit whatever they want… as long as it gets more cash in their pockets.