Previous post
Goodell Capitulates On Behalf of NFL, Gets Owned 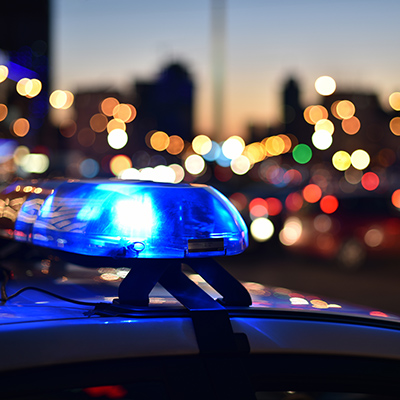 #DefundPolice is as shallow and ridiculous as any bumper sticker proclamation of Deep Thought™ currently peeling off a Prius or 70s-era VW Wagon. And the politicians who claim to take it seriously aren’t actually stupid, they are dangerous.

It shouldn’t have to be repeated, but here goes. The reaction to the murder of George Floyd crossed all political and racial lines. There was near-universal expressions of grief and outrage, even in government from the White House to local sheriffs to individual officers.

And that lasted about a day until the usual crisis hustlers and chaos agents of the Left jumped in with both feet. As communities and business districts fell to arson and looting, not only were police resources overwhelmed, and officers murdered, but even owners or armed citizens who protected businesses and properties from being destroyed were not just ignored but sneered at.

The government lockdown of businesses due to coronavirus, and the unreasonable extension of the lockdown in Democrat-controlled areas was bad enough for small businesses, but the rioting and looting means many will never reopen.

The Madison Central Business Improvement District recently conducted a survey for the 152 businesses on State Street.

100 business owners responded saying they were vandalized in some ways in the last few days from the unrest, ranging from graffiti to major damage to building structure. […]

42 businesses responded by saying they don’t think they will be reopening at all.

Is there any sympathy from the “protest” organizers towards these businesses? Where are the apologies to Lana Negrete? Will any Hollywood celebs of pallor travel a few miles from Beverly Hills to Santa Monica to take-a-knee in front of these suffering minorities?

No, the message Democrats are sending the people victimized by the criminal element that accompanied the protests is, basically, screw you. We’re going to #DefundPolice and you can take care of yourself. Maybe.

Here’s some addled virtue signaling from the same government officials who ignored the rot within the police department they are responsible for.

Members of the Minneapolis City Council pledged to “dismantle” the city’s police department in the wake of worldwide protests over the killing of George Floyd.

Yes. We are going to dismantle the Minneapolis Police Department and replace it with a transformative new model of public safety. https://t.co/FCfjoPy64k

Holy Chesterton’s Fence, Batman! Whatever are they talking about?

Bender told the Minneapolis Star Tribune that she envisions replacing a traditional police department with a broader, more holistic public safety department geared toward violence prevention and community services. Social workers or medics could respond to situations once handled by police, she said.

Social Workers? Medics? What? To be dispatched when a 9-1-1 call comes in for “armed robbery in progress”? Medics are to do exactly … what? … if they roll up on a burglary call?

Or are we now just going to decriminalize property crimes? Certainly, the long line of excuses for wanton destruction this past week raises suspicion.

"The myth is that chain stores and franchises are somehow part of Black communities. Target isn’t 'ours' in any substantive way. AutoZone isn’t some cherished neighbor, saving us from bad alternators and racism." https://t.co/ljC9Vwrps0

What MJ doesn’t say is that “Oh, it’s just a big business, they’re insured, they won’t miss it” is such an oft-repeated excuse of every shoplifter, burglar and embezzler everywhere it’s almost as much a cliché as “these aren’t my pants” uttered by a drug addict discovered with a bindle of meth in his pocket. That some nice moral company MJ keeps. Heh.

#DefundPolice isn’t just about about leaving people and businesses unprotected from criminals. Oh no … Listen to Los Angeles Mayor Yoga Pants first defame his own police department then tell you where the money goes …

Speaking at the First African Methodist Episcopal Church in South Los Angeles on Thursday, Garcetti said that his proposal to reduce LAPD spending and shift the savings to minority communities was getting attention from mayors across the country.

“That’s exactly the point,” he said. “It starts someplace, and we say we are going to be who we want to be, or we’re going to continue being the killers that we are.”

Garcetti’s aide tried to further clarify Yoga Pants’ remarks by saying the “killers” remark wasn’t aimed at LAPD but police agencies across the nation. Like that makes it better or something. Meanwhile, still speaking in Valley Girl, Garcetti claims his proposal is to cut $150,000,000 from the LAPD budget and “put the money toward funding new youth jobs, health initiatives and “peace centers” to heal trauma.”

If you haven’t caught on yet, let me be frank about the #DefundPolice scam. It isn’t about any of the elements that could be immediately addressed to improve law enforcement agencies and their procedures, it’s about making them less effective. It’s about shifting vast amounts of taxpayer money into so-called community services and peace centers. In other words, money that will disappear into the blackhole of new bureaucracies headed up by career politicians with political cronies to “take care” of the spending.

#DefundPolice marks a time where the Democrats want to return to a system of patronage, where cronies will control “their” community with rewards or punishments according to how each individual or business is in the good graces of their unelected community leaders.

Be a shame if anything bad were to happen to your business, home or family, right? Who you gonna call? 9-1-1 now rings into the Peace Center.