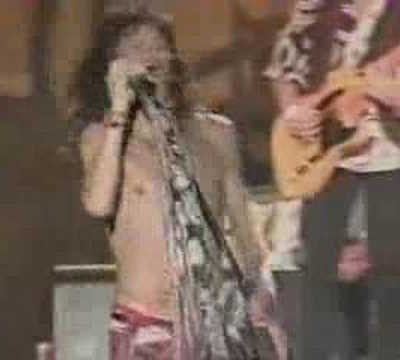 by Cassy Fiano in People 8 Comments

America-bashing is chic for celebrities. In Hollywood, they churn out anti-America movie after anti-America movies, bash our troops (remember the ridiculous waste statement?), bash our President, and flock to Europe in droves. They glowingly praise people like Hugo Chavez and Che Guevara. They publicly show support for terrorists and they bash us hicks in Flyover Country. Their patriotism is definitely in question on this blog.

But there is one area of celebrity where they do love America, and that’s country music. Country music stars are openly patriotic, and it’s probably the one place where celebrities can openly admit to being Republican without fear of reprisal. And for the election, Redbook magazine profiled some of the biggest names in country music, asking them what they love about their country. Here were some of my favorite responses:

What do I value most about being American? Freedom. Freedom to have a dream!

As an American, I most value the freedom and security I have. America has had many great men and women throughout its history to thank for their sacrifices.

The American dream has everything to do with freedom. If you can dream it, it is possible. Your future is in your hands. It won’t necessarily be dropped in your lap, but if you are willing to work and fight for your dream, it can happen. I think that’s our story as a band. Nothing has ever been easy, but we have continued to persevere and fight for what we believed we could achieve. That is the American dream, and we are living it.

I see something every day that makes me proud to be an American. We have the ability to be at our best when things are tough. We come together ever so briefly at times — like right after 9/11 or right after Katrina — and we show who we can be. It’s a beautiful thing.

I was honored to be a part of the Memorial Day concert in Washington, DC this year. It was so humbling and amazing to stand there and sing ‘God Bless America’ with so many proud Americans and soldiers. Every time I visit one of the military hospitals, I’m reminded of what being a patriot really means. The men and women that have in the past and are presently defending this great nation inspire me and make me count my blessings.

A few years ago we had the amazing opportunity to board the USS Reagan aircraft carrier, which was coming to port so the soldiers could be reunited with their families. We had a wonderful experience performing for everyone on board and met some amazing people that day. The experience reminded us of the freedoms we have in this country and that it is because of those who work so hard behind the scenes that we enjoy those beautiful freedoms. It was a day never to be forgotten!

What do I value most about being an American? Freedom. No country shares the freedom that each citizen has in the United States of America.

The American Dream to me is hope, passion, and the ability to choose the path in life that fulfills both of them. That, along with the ability to be able to work on who you want to be — regardless of your background or your struggles — is all a part of being an American and building the dream. For a country boy, that’s a dream come true.

When you chose not to vote you choose not to honor the sacrifices that our soldiers are making in order for us to have our voice of freedom!

For more country music stars like James Otto, Martina McBride, and Sugarland showing some love to America, click on over to Redbook. But the entire article is what you should really read, so go pick up a copy. There’s even more from these celebrities, and all of it is touching and heartfelt.

We live in the greatest country in the world. Kudos to Redbook and these talented stars for proudly swimming against the Hollywood current.