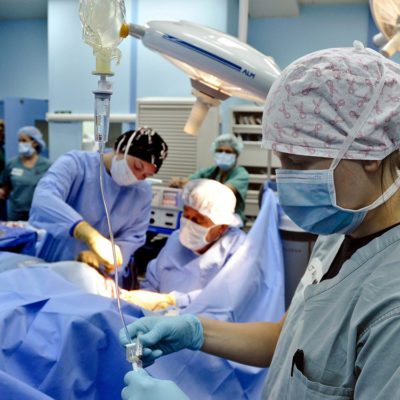 Previous post
Medicare for All - Déjà vu the Worst of ObamaCare 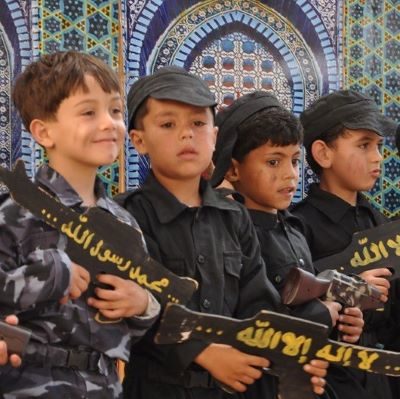 Next post
But Israel is Evil! Didn't You Get the Memo? 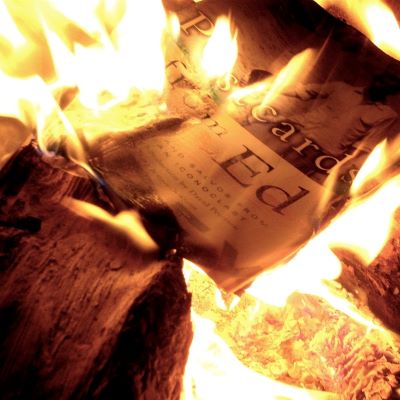 Ever since the Democrats began veering a hard left – so hard, in fact, that even former Attorney General Eric Holder had to tell the Wokies to bugger off as they tried to transform Barack Obama into some kind of moderate Republican – they’ve been diligently working to skew our understanding of the English language and take a large, steaming dump on our vocabulary.

Let’s not even address the fact that the word “Republican” is now a slur in the liberal lexicon, and that anything that Trump lets fly from his Twitter fingers is automatically racist, whether he’s telling the truth or not.

The left has warped and twisted our vocabulary so that anything their political opposition says is automatically unacceptable and wrong.

According to the communist rag Salon, telling someone to “go back” is now racist.

A white person can no longer just be successful as a result of his or her hard work. Their achievement is necessarily harmful to minorities, is the consequence of privilege, and can hardly be called achievement.

The word “infest” is also racist, according to the screeching liberal ass goblins.

“This talk of infestation is telling, because he only seems to apply it to issues concerning black and brown people,” wrote Charles M. Blow in the New York Times.

Please remember that the words “man” and “woman” no longer mean… well… “man” and “woman.” Men can now menstruate, according to the social justice vermin, and dammit, the box that contains tampons is too girly for said “men!” How long before our society forgets the difference between male and female genitalia and some ignorant kid winds up in the hospital because he stuck a tampon too far up his bum and couldn’t get it out?

Are period products too gendered? https://t.co/SWzqQXOJj9

Mashable has a whole list of words you should purge from your vocabulary if you want to be a better ally. Ally to whom? Apparently every simpering, drooling, mundane sub-moron who flaunts xer/zer inadequacies in your face, demanding validation and beatification of their flaws.

You can no longer use “lame,” because it’s offensive to people with reduced mobility, or gimps in the vernacular.

Don’t you dare use “colored” to refer to “people of color!”

As much as I use the word “derp,” the squawking social justice derp potatoes would have me flogged and imprisoned by now. Apparently, people with intellectual disabilities have already appropriated this term as something that offends them.

If you are cis, using the word “tranny” is highly offensive to the trannies… I mean transgendered people. Apparently, there’s a history of violence and oppression inflicted on transgender bodies behind this word – not the actual violence against human beings, but the vocabulary term – that we need to recognize, and respect those who continue to overcome it.

Now, there is no doubt that there was a time when transgender individuals were threatened, beaten, and otherwise abused. Hell, it happens now, and it’s appalling that anyone should be targeted because they don’t look or act the way some think they should.

That said, the claim that a word that is a shortened word for “transgender” is somehow offensive, is absolutely ridiculous.

Then there’s “illegal.” The term to describe acts that are unlawful is now unacceptable because the derp monkeys think everyone should be allowed to just cross our border and partake in the riches earned by others! Of course, it’s illegal to cross our border without permission, and therefore the term is accurate, but since when do these turnips care about accuracy and facts?

Screw your vocabulary! We need something to be offended about.

You certainly cannot use the word “exotic” anymore if you want to be a good little ally.

If your new coworker has a name you’ve never heard of before, hold your tongue before telling him or her it’s “exotic.” Using this word ends up exoticizing whomever you’re referring to, usually with nasty racial underpinnings. It’s a major verbal microaggression we need to undo.

“Exotic” is a term that others. It’s also a term usually reserved for animals and plants. So, let’s not even go there.

Ghetto? Nope, it means that there are shithole areas in this country where no one would want to reside, and the meaning of that word has transformed into a place that has black people, and therefore, is racist and classist, because black people are economically disadvantaged because of white privilege… or something.

Oh, and you can’t use “shithole” to describe a nasty, unpleasant, filthy place, because that’s racist. I’m screwed.

Fat? NEVER! You’re not fat. You simply conform to alternative beauty standards! Because dog forbid someone reminds your slack, lazy ass that sitting around in your mom’s basement and waging war on white, cis, male, hetero racists from the safety and comfort of your keyboard with Cheeto-stained fingers will not make you any healthier or more attractive.

You may no longer use the phrase “peanut gallery,” according to BestLife, because it refers to a section in Vaudeville-era theaters with the worst seats in the house, where people of color (black folks, in case you were wondering) were forced to sit.

You are also no longer allowed to call Jeffrey Dahmer a “cannibal,” because the term derives from the tribe Canibales in the West Indies where the members would eat one another. These tribe members were likely people of color, and even though they ate each other, we cannot criticize them, because that would be insensitive to a minority culture. Now, if there was an island of Hannibal Lecters somewhere, feasting on one another’s organs with some fava beans and a nice Chianti, that would be another story. Hannibal was white, you see, and white people eating one another is repulsive.

Eeny Meeny Miney Moe is an unacceptable rhyme, according to the leftist buffoons (can I even use that term any more, or is it offensive to clowns?), because it at one time – before any of us were born – contained a word we now consider to be a racial slur. In that same vein, the word “boy” doesn’t describe a male child, but rather a black man, because that’s how it was used during the dark times of slavery and Jim Crow.

Look, language evolves, and our vocabulary changes with time. But the liberals aren’t allowing language to evolve naturally, but rather using it as a bludgeon to destroy their adversaries – burning books word by word and phrase by phrase until nothing is left but their petty diktats. And when they’ve destroyed all their opposition, they will turn on each other like… dare I say… cannibals!

Crybullies ruin everything. Everything is offensive, and anything that chafes their tender, lavender-scented labia must be destroyed.