Previous post
Pat Tillman, Where Is The Hero's Last Jersey? 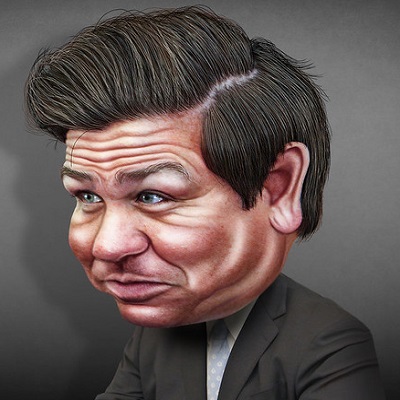 by Shelby Gallagher in Everything Else 4 Comments

Florida governor, Ron DeSantis, did what Kamala Harris barely did. He visited the Texas southern border of the United States then called out the Biden administration for the next attempt at election cheating Democrats have planned.

Ron actually visited the border compared to Kamala’s recent visit best described a “flop” and a layover for her flight to her posh home in California. Ron got to the border, met with Texas’s governor, met with agents, and had nothing nice to say about the Biden administration’s handling of the border.

In discussions with Texas state officers,

“They’ve made over 2,000 apprehensions, over 100 felony arrests, and they say that almost 70% of everybody that they have interdicted said their ultimate destination was the state of Florida…If you have a huge percentage that are going to try to come to Florida, and I think Biden is paying for tickets on buses and flying folks around…The policy there needs to change,”

DHS Secretary Mayorkas had a message for Cuban refugees fleeing communist tyranny: “If you take to the sea, you will not come to the United States.” pic.twitter.com/wHumF2NeuR

Apparently only southern border immigrants can cross into the US. DeSantis claims the majority of migrants from the US Texas border are then bussed or flown to Florida. That seems like a lot of work to get immigrants to a place where there are already a lot of immigrants.

If you are scratching your head, let me clear this up for you. It is all about elections, my friend. In the case of Democrats, it is all about election cheating. Those in the swamp have known for decades that getting Hispanic vyoters from the southern border registered to vote and voting in elections would result in an

“…electoral bonanza for Democrats and cripple Republican prospects in many states they now win easily.”

In stark contrast, Cuban immigrants got out the vote in the cluster of fun known as election 2020 and were decisively Trump supporters.

“Around 55 percent of Florida’s Cuban-American vote went to Trump… while 30 percent of Puerto Ricans and 48 percent of ‘other Latinos’ backed Trump. Trump won the coveted battleground state with its 29 electoral votes.”

The issue is not just about illegal or legal immigrants coming to our borders–it is what kind of immigrants are coming. Cuban Americans know Communism–and they hate it enough to make the dangerous voyage by boat seeking asylum in Florida. The fact that the Democrat party has been taken over by Communists has not gone unnoticed by Cuban Americans. Their hate for Communism solidified the Cuban American vote in Florida for Trump in 2020. There is no reason to believe that won’t happen in 2024, if Trump or DeSantis runs.

Therein lies the rub. DeSantis’s actual trip the Texas revealed Democrat’s next diabolical plan to cheat. Swing states are putting election integrity laws in place thwarting previous methods of cheating Democrats enacted in 2020. Texas is doing the same. The Biden administration is putting southern border illegal immigrants, known for voting Democrat, on busses and planes, sending them to Florida, in an attempt to muddy the votes in 2024.

If you think I’m crazy, then explain Mayorkas’s remarks denying accepted asylum seeking immigrants into the U.S. He himself is a Cuban immigrant whose parents sought asylum in Florida when he was a child. Weird huh?

As a side show note, the resulting political theater coming out of Texas over election reforms is worth a second laugh. While Ron DeSantis was touring the Texas border with Mexico, Texas Democrats fled the state to party with their D.C. swamp buddies in a flourish of false courage to avoid voting on Texas’s proposed election integrity legislation.

To demonstrate their panties aren’t in a bunch, one of the courageous (maybe drunk) legislators showed her sacrifice for the cause by tweeting a picture of her hand washed undies in a plush D.C. hotel room.

Once you have stopped laughing at the apoplectic false drama of Democrats at the mere mention of “election integrity”, count the wins. Florida, thanks to Ron DeSantis, is calling out the Biden administration and their next deplorable plan for election cheating in 2024.