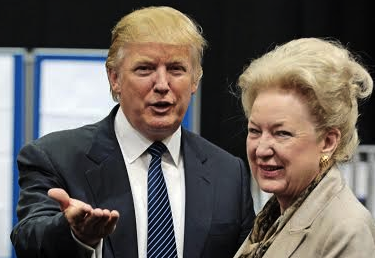 Next post
Would a President Trump Appoint His Pro Abortion Judge Sister to SCOTUS? 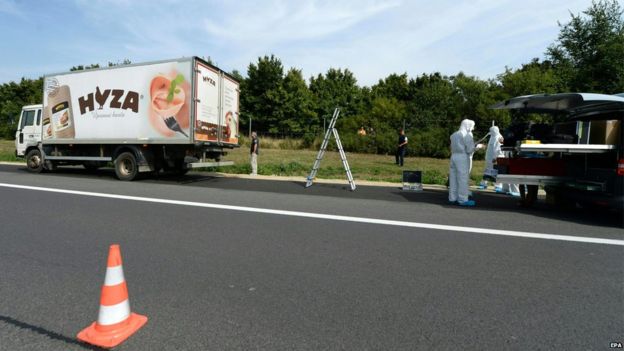 Found in the safety lane on a stretch of highway between Budapest and Vienna, the latest tragedy of the refugee crises in Europe unfolded.

Austrian officials said Friday that 71 migrants likely suffocated many hours before their bodies were found in a refrigeration truck on the side of a major highway east of Vienna.

At a news conference, authorities confirmed the final number of victims and provided a further breakdown: 59 men, 8 women, 4 children. One infant was among the dead.

Below is a translated version of the most recent statement by the police:

And this comes at the same time as another tragedy is unfolding. Two ships containing refugees also capsized, and the U.N. Refugee Agency fears that the 200 missing are dead. According to the International Organization for Migration, the number of refugees killed in their attempt to reach Europe by sea is 2,373 this year, and it was 3,281 last year.

Eritreans want to escape repression or military service; Somalis flee Al-Shabaab and clan warfare; Syrians have given up hope of returning home. In villages in Senegal and elsewhere across West Africa, young men sell all they have in the hope of a better life in Europe, perhaps hoping to join a cousin or brother who made it.

Motivations among the tens of thousands making the trek to the Mediterranean coast are as many and varied as the nationalities involved, according to researchers and human rights groups. But in 2014 more than 80% of them headed for the Libyan coast as the easiest point of embarkation.

Some refugees are paying thousands per person to seek asylum, and the smugglers “helping” them have less than poor motives. The 71 refugees found today in an abandoned truck are believed to have suffocated, as smugglers stuff them into vehicles so tightly that they don’t have room to move.

Hungarian police reported a single-day record of 3,241 detentions Wednesday, 700 more than the previous day, as they launched a new initiative to channel migrants to one of the country’s five camps using special trains. Under police escort, about 600 asylum- seekers boarded a train to be delivered directly to at least two migrant camps. Others continued to cross Hungary’s 109-mile border with Serbia on foot.

News of the tragedy spread quickly to the thousands of migrants traveling on foot and by vehicle from Serbia into Hungary, a major entry point for EU asylum-seekers. They said they had heard stories before of smugglers lying to clients and dropping them far short of their promised destination or of abandoning them, sometimes still locked in trucks.

But they felt there often was little choice but to take such risks, given the physical toll of walking many miles on challenging — often guided only by a map on a smartphone.

Since the ISIS uprising, the smuggling operations have become organized. Supply and demand, per se. They have started offering group rates, and higher costs for those who wish for safer travel. Refugees are desperate to escape, and many have profited off of their terror. The smugglers rarely put themselves in the same dangers.

Fearing arrest, the smugglers rarely travel on the boats themselves, instead giving a compass or GPS device to the migrants, who then set off with no navigational skills and often no experience of the sea in boats that should never have left port.

As Libya becomes more dangerous for migrants, other countries on both sides of the Mediterranean are looking on anxiously. Some West Africans opt to travel through Morocco — even though the chances of detection there are much greater and the sea crossing to Spain very difficult. “A migrant might need 50 or 60 attempts before making it to the Spanish coast,” says Malakooti.

The policy in Hungary have made arrests connected to the abandoned truck.

Police in Hungary arrested three people: two drivers and a Bulgarian national of Lebanese origin, who owned the truck.

Utterly heartbreaking. Here in America, being denied a cake is labeled as a “human rights issue,” or being denied a wedding venue is now considered “emotional turmoil.” Maybe it’s time that we research what real “human rights issues” actually entail, as well as purchase a dictionary and find the definition of “turmoil,” then finally take a step back and keep our eyes on what’s happening in other countries and vote for someone who does the same. 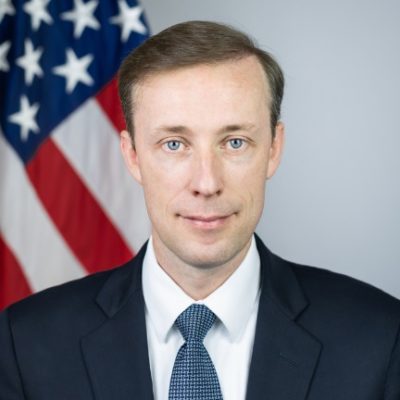