235 Years of Honor, Courage, and Commitment

235 Years of Honor, Courage, and Commitment 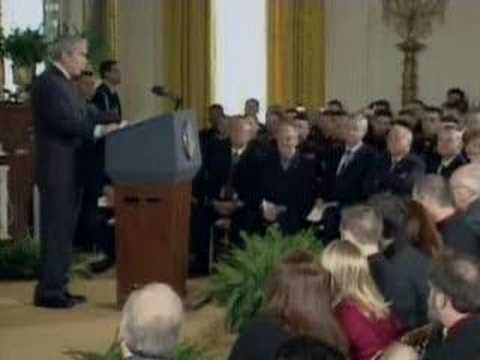 by Cassy Fiano in military 6 Comments

235 years ago today, the United States Marine Corps was born in a tavern in Philadelphia, PA. Each year, on November 10th, Marines all over the world celebrate the birth of the Corps. Marines and their wives go to balls, with a formal cake-cutting ceremony and a solemn reading of Gen. John A. Lejeune’s birthday message, summarizing the history, mission, and traditions of the Corps. The country is reminded of the valor, the pride, the honor, of being a United States Marine. The Corps values of honor, courage, and commitment still remain strong today, and Marines deployed all over the world uphold those values as they fight to defend our freedoms.

235 years later, Marines remain faithful. When Semper Fidelis was adopted as the motto of the Marine Corps, it was taken to heart. From Marines who remain fanatically devoted to their country, to the Corps, and to their fellow Marines, to the wives who stand devoted by their husbands’ sides through war and peace, we remain steadfastly faithful through the good and the bad, the easy times and the times when you feel like you can no longer go on.

As a Marine Corps wife, Semper Fidelis is my vow, too. It is my duty and my honor to stand beside him, to be always faithful not only to my husband but to the values of the Marine Corps as well. It takes honor to be a Marine Corps wife. It takes courage and commitment, especially when your husband is fighting halfway around the world and you don’t know if he’ll be coming back or not. It takes a special kind of woman to be the wife of a Marine. When you marry a Marine, you aren’t just marrying the man. You’re marrying the Marine Corps as well, and Semper Fidelis applies to the women left behind as well as the men who don the uniform.

There are many nights when I can’t sleep for fear. There are many times when I feel like I can’t go on alone anymore, living in terror and loneliness. There are times when I would love to have my husband never deploy again, for us to live a life of civilian peace. And there are those occasional phone calls, where he tells me he doesn’t think he can do it anymore, either. Being a Marine, or the wife of one, doesn’t mean there are never moments of doubt, or fear, or anger. It means that we persist despite those feelings; we continue on because we believe in the Corps, we believe in what we are fighting for. When he feels like he can’t keep going, I raise him up. When I feel like I can’t do it anymore, I remember the man that he is, the pride I feel in his courage and his convictions, and I remember that our shared sacrifice will lead to a better world for our children and our grandchildren. I support him unconditionally, and I will remain faithful to the very end. Semper Fidelis is my motto, too.

One Marine in particular deserves to be remembered on the Marine Corps birthday: Corporal Jason Dunham. Born on November 10th, Cpl. Dunham gave his own life to save the lives of his Marines, and was posthumously awarded the Medal of Honor for his valor and bravery.

“People sleep peaceably in their beds at night only because rough men stand ready to do violence on their behalf.”

It is because of Marines like Jason Dunham that this country remains the land of the free. Remember the fallen today, and honor those still fighting.