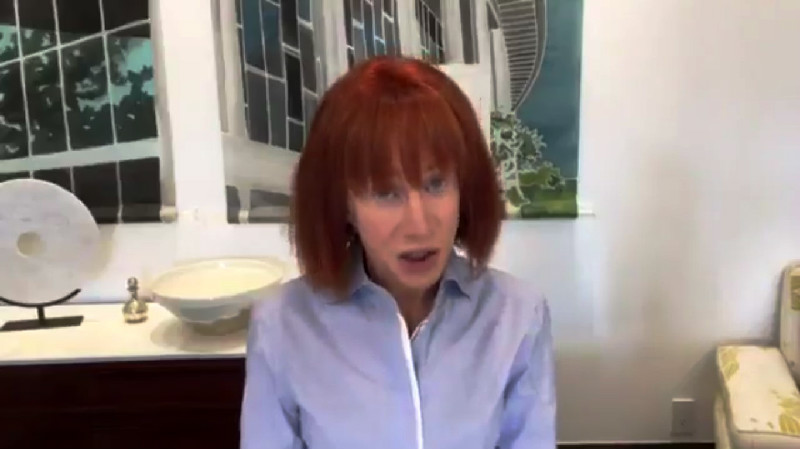 Kathy Griffin, supposedly a comedienne, has resorted to stripping during CNN New Year’s Eve broadcasts, walking the red carpet while flipping the bird to all and sundry, and bragging about flapping her boobs around on election night in a desperate attempt to remain relevant.

According Kathy, she has been in FEAR of President Donald Trump for years. So much so that she decided to coordinate a “mysterious” (according to The HIll’s FB headline) new project with her pal Tyler Shields.

As I noted earlier… THIS bit of evil was the project. 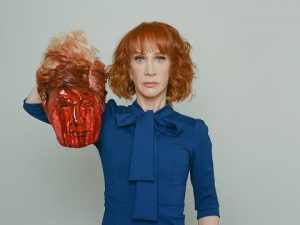 Yet, once upon a time…Kathy was THRILLED to be one of the crowd! 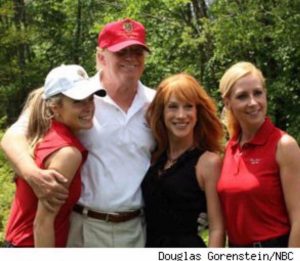 I guess when Trump outed himself as a Republican, all bets are off. Needless to say, the backlash to Kathy’s ‘art’ was swift and decidedly NOT FUNNY. When you lose Chelsea Clinton:

This is vile and wrong. It is never funny to joke about killing a president. https://t.co/zIiuKoMyFw