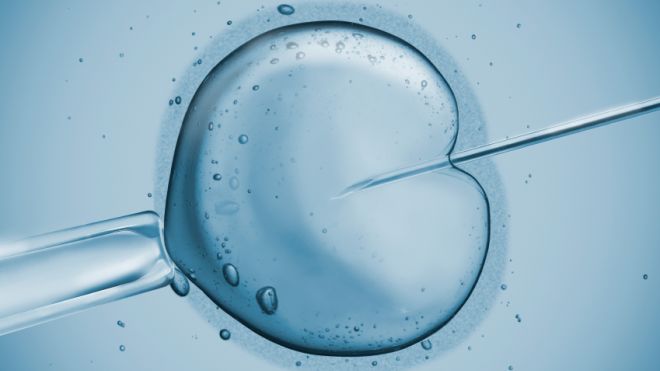 What you may not know is that she has been involved in a lawsuit with her previous boyfriend, Nick Loeb, over the rights to frozen embryos they created when they were still a couple.

Vergara fought the lawsuit by pointing to clauses in the in vitro contract that said neither party could use the embryos without the consent of the other party, and she also threatened to make Loeb reveal the names of his previous lovers who supposedly had abortions after he impregnated them. Loeb dropped the California suit.

But a new law suit has been filed this week by the embryos themselves! Or rather, through a trustee on behalf of the embryos. Loeb set up a trust in Louisiana for the benefit of the embryos and the lawsuit claims that by not being able to mature, the embryos are being deprived of life and their inheritance from the trust. Loeb has stated from the beginning that he wants to raise the babies (he has always wanted children and through various life circumstances has not the chance). He has named the embryos Emma and Isabella, and said that Vergara is welcome to terminate her rights in the embryos. In a 2015 NY Times Op-Ed, Loeb stated:

When we create embryos for the purpose of life, should we not define them as life, rather than as property? Does one person’s desire to avoid biological parenthood (free of any legal obligations) outweigh another’s religious beliefs in the sanctity of life and desire to be a parent? A woman is entitled to bring a pregnancy to term even if the man objects. Shouldn’t a man who is willing to take on all parental responsibilities be similarly entitled to bring his embryos to term even if the woman objects? These are issues that, unlike abortion, have nothing to do with the rights over one’s own body, and everything to do with a parent’s right to protect the life of his or her unborn child.

Vergara will not agree because she says children should only be brought into the world if they have loving parents.

END_OF_DOCUMENT_TOKEN_TO_BE_REPLACED

In case you missed it, since our do-nothing media is laser-focused on Sofia Vergara’s Emmy Awards stunt and the marriage of Brangelina, on Monday and Tuesday this…