Yesterday saw the internet lighting up with outrage as news of a ruling out of Michigan hit. Gregory Ross, Sanilac County Circuit judge, granted joint legal custody of a nine-year-old boy to Christopher Mirasolo. This happened when a DNA match to Mirasolo was made after the 21-year-old mother filed for support payments for her son.

This, in and of itself, isn’t that unusual. The law recognizes parental rights unless those rights have been terminated. What makes this case unusual is multi-fold. To start, the mother (who has not been identified) is a sexual assault victim. When she was 12, she and her sister slipped out of the house and had the misfortune of encountering Mirasolo. According to the victim, he raped her and she became pregnant. Instead of following her family’s recommendations to either have an abortion or give the child up for adoption, she chose to have the child.

A month after the rape, Mirasolo was arrested. In a plea agreement entered into with the Sanilac County Prosecutor’s Office for attempted third-degree criminal sexual conduct. He served six and a half months for that offense. After being released, he committed another sexual offense. The victim in that crime was also underage. Mirasolo served four years as a result of that crime.

Now, because the original victim asked for state assistance for her son, she is being victimized again. Judge Ross not only ordered Mirasolo listed on the boy’s birth certificate as the father, not only did he grant Mirasolo joint custody of the boy, not only did he require the mother to live no more than 100 miles from the county where the rape occurred, he also revealed the address of the boy and his mother to Mirasolo. Can you imagine what that young woman must be feeling right now?

END_OF_DOCUMENT_TOKEN_TO_BE_REPLACED 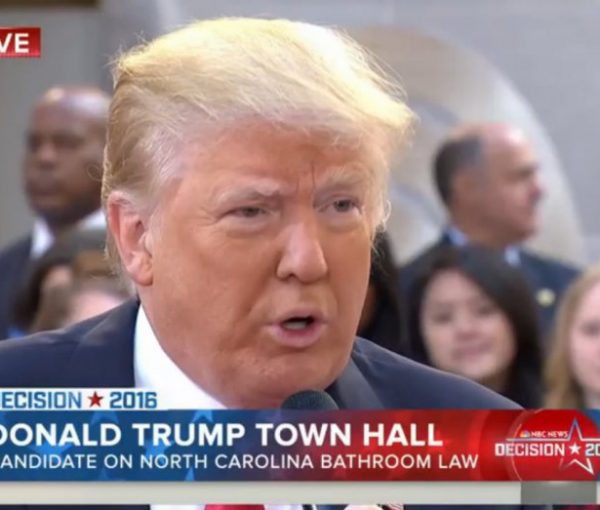 First it was sticking his nose into state’s rights on which restroom transsexuals (and opportunists) should use. Then it was a list of exceptions on his less…