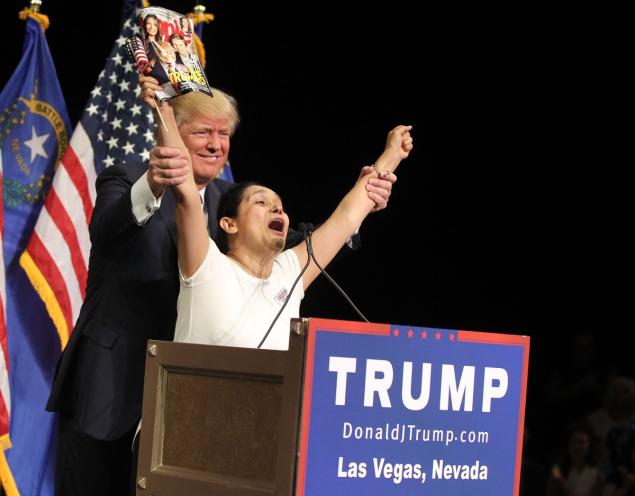 Donald Trump’s disapproval ratings are astronomical. That’s no shock to anyone who even remotely follows politics by now. Women hate him. Minorities hate him. And Hispanic voters? Don’t even think about it. This could be because Trump says idiotic, racist things like referring to all Mexicans as rapists, even doubling down on that assertion later, when a normal person would have figured out that it was a wildly offensive (not to mention inaccurate) thing to say. He also repeatedly attacked Jeb Bush because his wife is Mexican. When two of his followers attacked a man because he was Hispanic, telling police that they did it in Trump’s name, Trump’s response was to call them “passionate” and say that hey, they just wanted to make America great again. Apparently, in Trump’s world, you make America great by physically attacking people based on their skin color. He even kicked a Hispanic reporter out of a press conference, telling him to “go back to Univision” and to “get out of my country”. Is it really any wonder that Hispanic voters don’t like him? Not really, and it’s not because he is pretending to be against illegal immigration to get elected. But hey, it’s Cinco de Mayo, baby! That’s a golden opportunity for Trump. So he seized it by… tweeting a picture of himself eating a taco bowl and saying that he loves Hispanics.