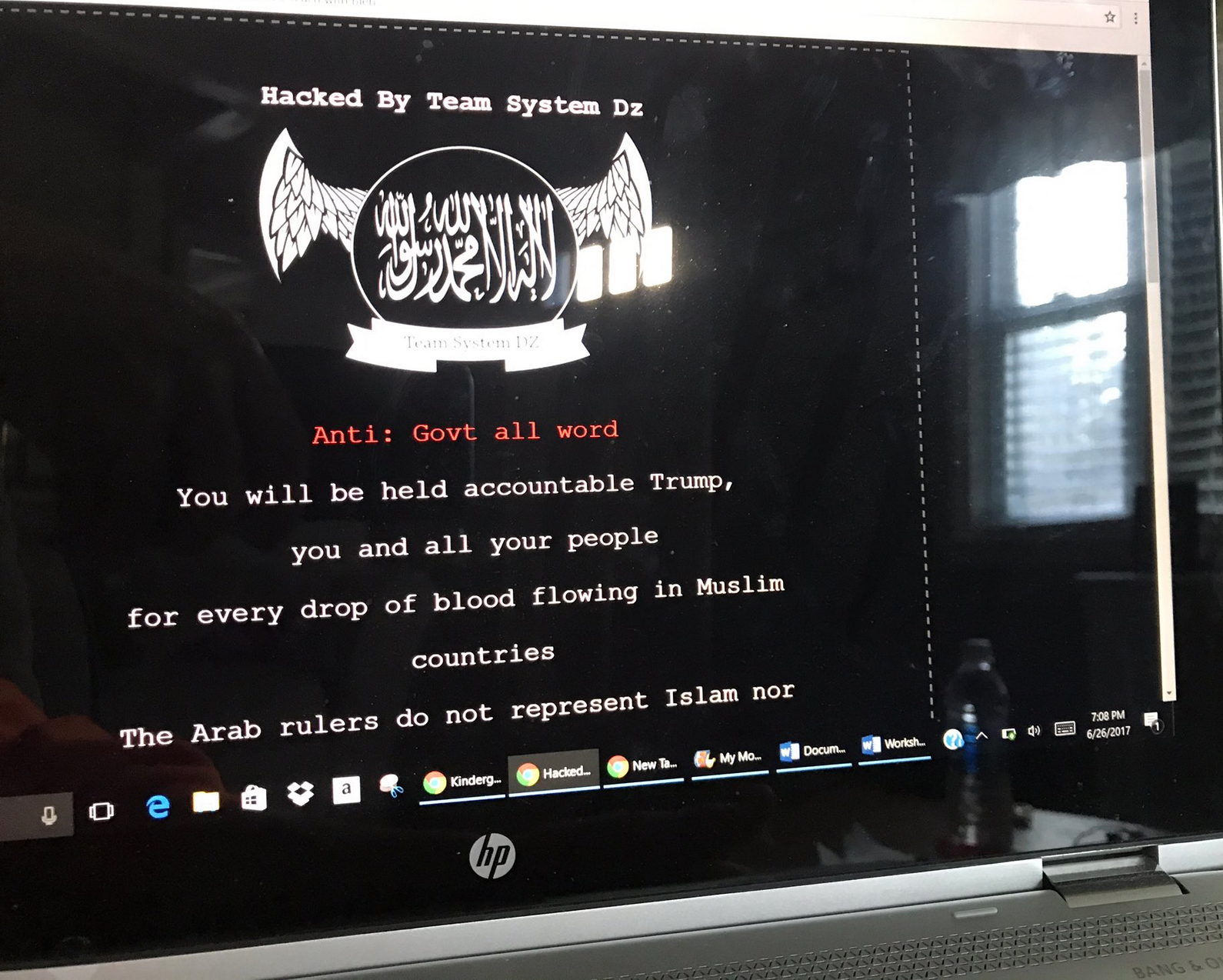 After the hack, the homescreen of governor.ohio.gov, Kasich’s official website, displayed a black background and an Arabic symbol, and the top of the screen said “Hacked by Team System Dz.”

The text on the screen read: “You will be held accountable Trump, you and all your people for every drop of blood flowing in Muslim countries,” and “I Love Islamic State.” The militant group Islamic State is largely made up of Sunni militants from Iraq and Syria but has drawn jihadi fighters from across the Muslim world and Europe.

When accessed, the websites affected displayed this ominous screen:

Scary right? Maybe in a cloak-and-dagger Hollywood film kind of way. But no. Not really.

After hitting the sites on a Sunday when the hackers—purportedly a bunch of ISIS fanboys who fancy themselves terrorists—knew no one would be around to quickly discover their handiwork, the sites were back up and running by Monday afternoon: