Barack “Neville” Obama (D; Imma-Be-Nice) has called for a national security strategy involving “strategic patience” — whatever that is, although it sounds vaguely like a 1938 redux. “The challenges we face require strategic patience and persistence,” says the document outlining the strategy.

The plan was detailed by National Security Adviser Susan Rice (she of the ‘video caused the Benghazi attack’ theory) at a speech at the Brookings Institution, saying:

“While the dangers we face may be more numerous and varied, they are not of the existential nature we confronted during World War II or during the Cold War.”

King Abdullah II of Jordan is having none of our feckless Dear Leader’s “strategic patience.” He intends to annihilate ISIS, and has already started kicking some ISIS, as seen in this video:

He also knows how to be an inspiring leader to his troops. 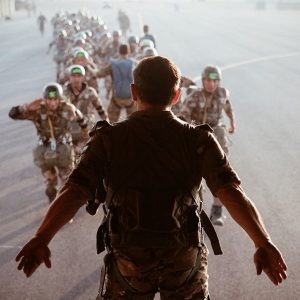 And he likes to lead from the front. 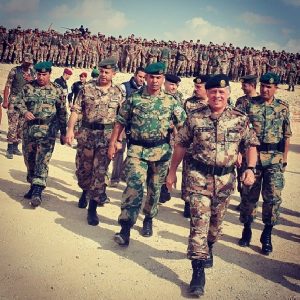