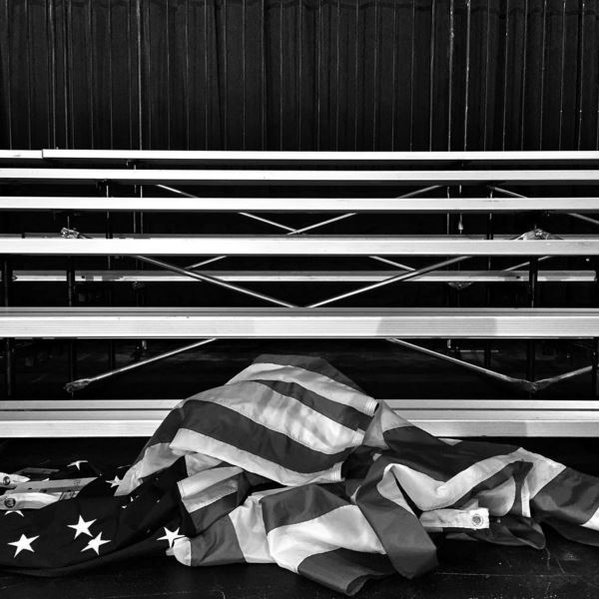 Any patriotic American knows that the flag is to be revered and honored. The military provides detailed information on how it should be displayed, cared for, and respected, and it can easily be found online.

Anyone who has attended the funeral of a loved one who was a veteran has witnessed the stirring flag folding ceremony as the flag is removed from the casket.

In my home we display the flag which covered the casket of my father-in-law, a Navy veteran. He passed away in December, 2000, in Wichita, KS, and I will never forget the scene at the cemetery on that blustery, bitter cold day. The honor guard who folded the flag were literally shaking from the wind cutting through their dress uniforms, but they carefully and solemnly fulfilled their duty. 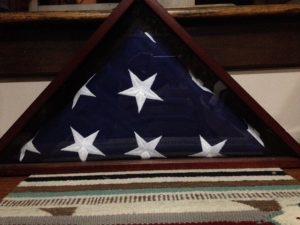 This is how Hillary Clinton’s staff treated the flag prior to their election night party scheduled for the night of the New Hampshire primary.

With many hours to go, Clinton's staff has flags ready for their election night party // photo by @melinamara pic.twitter.com/a9ZvkJNiZp

Notice something dreadfully wrong? Like the flag is heaped on the floor?

From the U.S. Flag Code:

§8. Respect for flag
No disrespect should be shown to the flag of the United States of America; the flag should not be dipped to any person or thing. Regimental colors, State flags, and organization or institutional flags are to be dipped as a mark of honor.

b. The flag should never touch anything beneath it, such as the ground, the floor, water, or merchandise.

This flagrant disrespect did not go unnoticed in social media. From Twitter:

And this person, who also took the Washington Post to task, and justifiably so.

@postpolitics It's ok guys, I don't expect that anyone at WaPo would know how F'd up this looks. @melinamara

Hillary Clinton had no respect for the security of the nation with her flippant treatment of highly classified emails. She had no respect for the families of the four Benghazi victims when she lied to them about their deaths. And now She Who Must Be Obeyed shows how little respect she has for the hallowed symbol of our nation — the American flag.

She has no business being anywhere near the Oval Office.