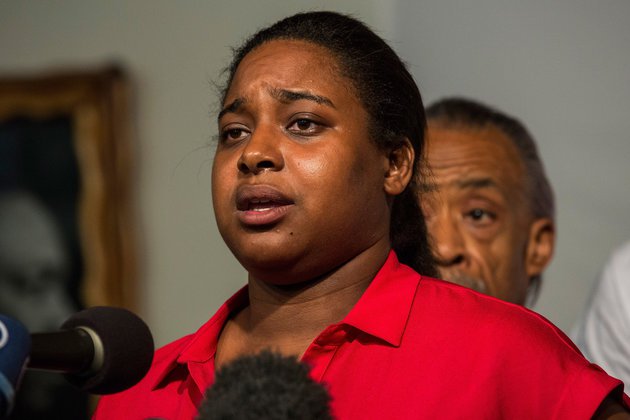 Political strategy has been likened to sausage-making: the results are delicious, but you don’t want to watch it being made.

The Clinton political machine has become an expert in the production of blutwurst — blood sausage — in that it scores political points on the deaths of others.

Exhibit A: they were thrilled to trot out the “Mothers of the Movement” at the Democratic National Convention.

(Yes, Hillary met with these mothers for long past her allotted one-half hour — no doubt a political calculation in itself. And all the while she was probably thinking of how to make some tasty sausage out of the meeting. But I digress.)

Erica Garner, the daughter of Eric Garner, who died in 2014 after being put in a police chokehold, is incensed that the Clinton campaign is trying to make hay out of her father’s death.

Emails hacked and released by WikiLeaks show that the campaign had planned to use Garner’s death in an anti-gun op-ed piece that would be written by Hillary Clinton. The piece was eventually published by the New York Daily News in March.

Erica Garner, who supported Bernie Sanders, was livid upon the revelations made by WikiLeaks.

But the campaign was worried that Erica Garner would be offended if her dad was left out of the piece. Nick Merrill, Clinton’s traveling press secretary wrote in an email, “I know we have Erica Garner issues but we don’t want to mention Eric at all? I can see her coming after us for leaving him out of the piece.”