Obamacare Subsidies Are On Shaky Legal Ground, and the Left Knows It 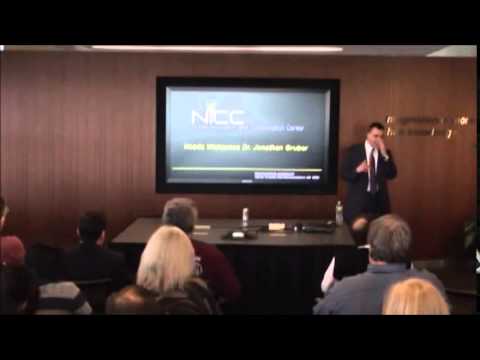 This week was big on the Obamacare front, as the DC Circuit Court of Appeals ruled 2-1 in the Halbig case (it was originally called Halbig v. Sebelius, but with Kathleen Sebelius no longer serving as HHS Secretary, Sylvia Burwell’s name has been substituted in) that Obamacare subsidies were only meant for those who signed up through state-run exchanges. However, just hours later, the Fourth Circuit Court of Appeals ruled 3-0 that the subsidies were applicable to the federal exchanges as well as the state ones. These cases will eventually make their way to the Supreme Court, who will have the final say on the legality of these subsidies.

However, the Left knows that they are on very shaky ground, legally. This was an intentional part of the law, and they know it. Just listen to this recently uncovered video of MIT economics professor Jonathan Gruber, who helped construct both Romneycare in Massachusetts and Obamacare, admit to the fact that the states were being forced to create exchanges in order to obtain the subsidies. The full video is over 52 minutes long, so here is the most important clip (59 seconds):

Let it be noted that Professor Gruber said all of this on January 18, 2012, before Obamacare was actually implemented and revealed to be an awful, unmitigated disaster in both legal and technical terms. Certainly, at this point, he had no idea just how badly the Healthcare.gov site and the state exchange websites were going to collapse in those first few months (and still have problems operating to this day). So, it’s only predictable that he has now changed his tune to cover his ass.

In just a year, Gruber went from honest reading of law to calling same "nutty," "stupid," and "desperate." pic.twitter.com/3RfSBlCnbr

If those subsidies are only available to the state exchanges, Obamacare will collapse under its own weight. There is no way it can survive with the government dictating how the health insurance marketplace will work and what kinds of plans can be sold without a way to pay off those who can’t afford it. And those rate hikes will be painful:

“The court case has major implications for future insurance coverage and access to care for millions of Americans,” said Caroline Pearson, vice president at Avalere Health. “Depending on the ultimate decision by the courts and absent some other remedy, individuals in at least 25 states who remain in their current plans could see an average premium increase of over 70 percent.”

The Left is desperate to keep their new “interpretation” of the ACA as this being only a “typo,” that of course the federal government can offer subsidies. Jonathan Gruber knows better, no matter what he says to the contrary now. I wonder how well he’s sleeping at night.

Federal Appeals Court to Obama: You Violated the Constitution on Recess Appointments!

Abuse of Power. Frankly, I’m surprised – and pleased – by the ruling of the three-judge panel of the U.S. Court of Appeals for the D.C. Circuit…