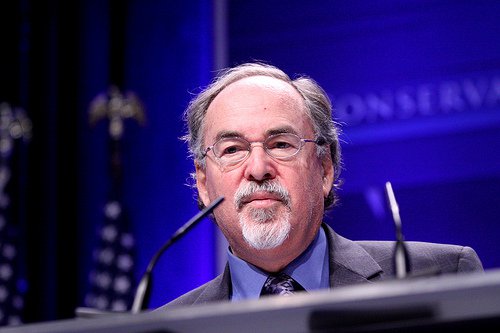 Bill Kristol, editor of the Weekly Standard, has committed an unforgivable sin: he’s openly considered backing a third-party candidate to challenge Donald Trump. For Trump’s drooling acolytes, this is akin to treason. Anything less than fawning adoration of their Dear Leader, and you might as well head on over to the gallows now. It’s already common knowledge that anyone who shows up at a Trump rally with the wrong political beliefs, or worse, the wrong skin color, may very well end up on the receiving end of a Trump thug’s fist, while the Cheeto-coated dictator eggs them on from the stage. So of course, the Trump crowd was going to come after Bill Kristol, and use anti-Semitism as their ammunition. That the latest attack came from Breitbart isn’t surprising; that it came from David Horowitz certainly is. The blistering attack piece labeled Kristol as a “renegade Jew” for daring to not support Trump.