Previous post
Joe And Kamala Have A Bail Problem

Next post
Black Children Should Not Be Used as Political Pawns 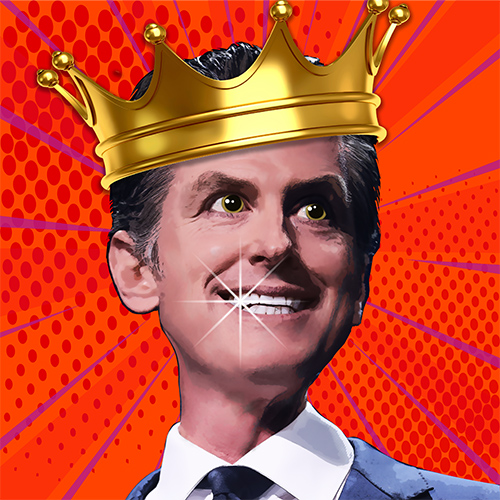 While you were focused on the firestorm of Democrat-enabled Leftwing violence this weekend, CA Gov. Newsom declared himself King and instituted new covid rules. Rules both contrary to science and that will keep California on a semi-permanent lockdown well into next year … and beyond.

Notice the Imperial “we”? Newsom just loves to makes rules he won’t follow and promises to share the pain he won’t fulfill. Our new monarch is in charge and He.Will.Be.Obeyed.

If anyone is still unclear about the governor’s actual goals: a county can average one “case” per 100,000 for three weeks and still not be fully open.

It just can’t be overstated how much our King @GavinNewsom moved the goalposts today. A county can average ONE CASE per 100,000 for 3 WEEKS and STILL not be fully “open.”

65% of CA counties are still in the “purple tier” where about 87% of Californians live (approximately 34 MILLION people) and those counties are will have to have less than 7 cases per 100K per day and a positivity rate of less than 8%, for 21 straight days until they are allowed to move into the next restrictive tier. How crazy is Mad King Newsom’s new normal? Two counties, Modoc and Alpine, have ZERO positive cases and ZERO positivity rate, yet have to force their restaurants to adhere to 50% capacity.

It doesn’t matter to the King that thousands of restaurants have permanently closed, or that his Imperial Edicts are destroying the businesses, livelihoods and personal wealth of untold numbers of Californians. Newsom will not be deterred from fundamentally transforming California into a neo-feudal state. The Mad King has his own experts (imaginary or “owned”, who knows?) even science will not stand in his way.

However, while the Democrat ruling class is crushing churches, they also ignore so-called protests.

This wasn’t widely reported. On Wednesday night, around 700 black bloc militants and their supporters rampaged through Oakland, Cal. They chanted “death to America” while starting fires and smashing cars and buildings. pic.twitter.com/A5512gCBzU

Indications are that the speakeasy economy is growing in defiance of The King. Whether it is a knock on the backdoor of a “closed” barbershop for a clandestine haircut or women huddling in living rooms with a rogue manicurist, there are Californians who reject being turned into dependent serfs.

It only remains to be seen if the cheat-by-mail scam goes forward and cements Newsom’s monarchy for the foreseeable future.