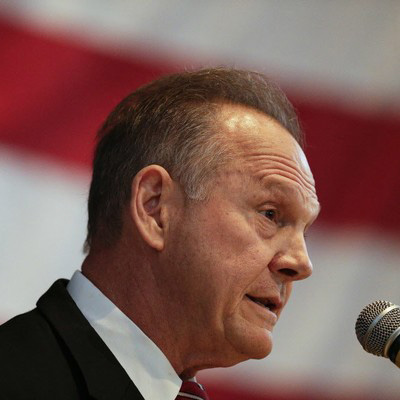 First of all, my words are not about the Roy Moore allegations, so Moore fans can put their rocks down. Don’t stone me just yet. However, that being said, you have to admit that the guy has attracted a whole lotta nut jobs defending him. 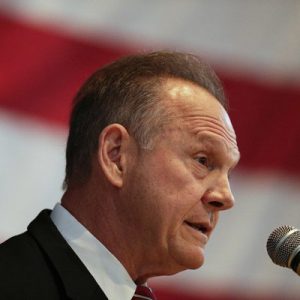 Some Alabama residents have gotten robocalls from a guy named “Bernie” or “Al Bernstein.” “Bernstein” says he’s from the Washington Post. Moreover, he’s looking for women from “54 to 57” with dirt on Roy Moore.

And not only does the “reporter” have a Jewish name, he uses a phony baloney Jewish accent. Can you say, “dog whistle”?

Well, guess what. There is no “Bernie Bernstein” at the Washington Post.

Way to go, jackass. So nice of you to assume that the good people of Alabama are all anti-Semitic bigots. You probably figured they all had some white robes hanging in their closets, too.

I don’t know why the Moore team chose this clown to represent the embattled judge, but this attorney takes the cake.

His name is Trenton Garmon, and he may have written the Worst Ever Letter of Notice in legal history. Moreover, he managed to beclown himself on national TV, to boot.

First, the letter. Garmon’s law group, Garmon & Liddon, “Attorneys for the People” (yes, they call themselves that), sent a letter of notice to the Alabama Media group saying they represented Roy Moore, his wife Kayla, and something called “The Foundation for Moral Law.” However, I’m sure the recipients aren’t shaking in their boots, but rather are laughing hysterically.