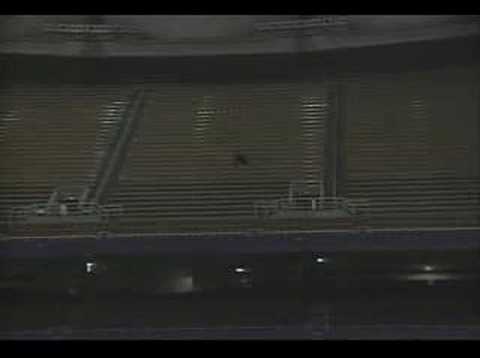 Gather around, everyone, and let me tell you a story of the land from which I come. Welcome to Seattle, where the rain falls for many moons at a time and the natives grow webbed feet. (I’m kidding. Sort of.)

Anyway, there was once a really funny sketch comedy show called Almost Live!, which ran for 15 years on broadcast TV. Some people who were on the show were simply local comics who were happy being local celebrities. Some have gone on to achieve much bigger things. And then there was a guy with a mechanical engineering degree who dreamed of being funny. Let’s call him Bill.

His initial recurring character on the show was a superhero named Speed Walker.

And then he discovered that if he simply put on a lab coat, bow tie, and a pair of safety goggles, he could create a whole new character.

Thus was born Bill Nye the Science Guy. This character went on to star in his own kids show, produced by Disney, aimed at making science entertaining.