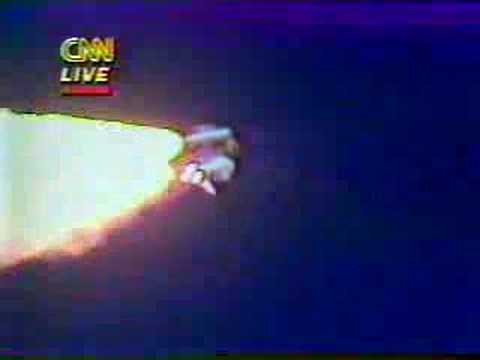 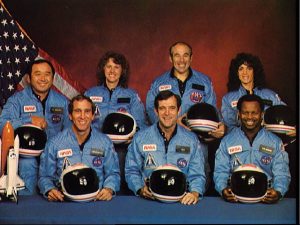 It’s been 27 years since the Space Shuttle Challenger disaster. 73 seconds into liftoff, the shuttle exploded, killing all seven astronauts on board. The first ever civilian astronaut, teacher Christa McAuliffe, was one of the crew members aboard. Her parents and schoolchildren were among the crowd who watched as the shuttle burst into flame. The other astronauts were Michael J. Smith, Francis R. Scobee, Ronald E. McNair, Ellison Onizuka, Gregory Jarvis and Judith Resnick. The space shuttle program was halted for almost three years as a result.

Evidence has shown that the astronauts most likely survived the initial explosion, and may well have been alive the entire time, until the shuttle plummeted into the ocean. Their final moments must have been terrifying.

Oh! I have slipped the surly bonds of Earth
And danced the skies on laughter-silvered wings;
Sunward I’ve climbed, and joined the tumbling mirth
of sun-split clouds, — and done a hundred things
You have not dreamed of — wheeled and soared and swung
High in the sunlit silence. Hov’ring there,
I’ve chased the shouting wind along, and flung
My eager craft through footless halls of air….

Up, up the long, delirious, burning blue
I’ve topped the wind-swept heights with easy grace.
Where never lark, or even eagle flew —
And, while with silent, lifting mind I’ve trod
The high untrespassed sanctity of space,
– Put out my hand, and touched the face of God