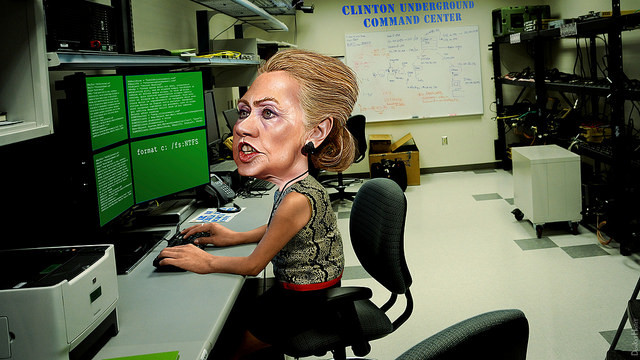 Look! Another woman accuses Trump of groping her! And yet another!

This isn’t investigative reporting. It’s tabloid trash. Where are the intrepid reporters who search out corruption at the highest levels of government? They’re MIA. 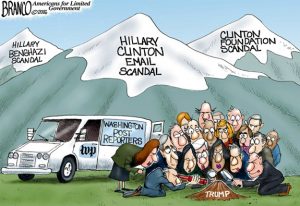 Except for Catherine Herridge at Fox News. God bless her, she’s doing a yeoman’s work in uncovering Clinton corruption.

A couple of weeks ago she reported on two missing boxes of Hillary’s promised emails. She also found there may have been, as she put it, “classification code monkey business” at the State Department during the FBI investigation.

We now find that the monkey business may have involved a little quid pro quo, as found in interviews that were released to the House Government Oversight and Intelligence Committees in a typical Friday night document dump. It seems that Patrick Kennedy, a senior State Department official, pressed the FBI to have some of Clinton’s private server emails reclassified in order to shield them from not only the public, but from Congress as well. In exchange, as one FBI records official reported in an interview, “State would reciprocate by allowing the FBI to place more agents in countries where they are presently forbidden.”