I live in the land of Starbucks. Between my home and my son’s school, there are at least three Starbucks stores. There are not one, not two, but THREE Starbucks at my local mall. Needless to say, when Starbucks makes news, everyone in the Seattle area pays attention. 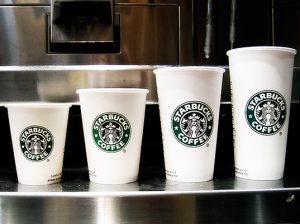 So naturally, everyone paid attention when Howard Schultz, CEO of Starbucks, launched his idea to #RaceTogether and jump-start “conversations” about race in America between you and your local barista.

The mockery was swift.

If the goal of Starbucks' #RaceTogether was to bring together all races in laughing at their ridiculous idea, it's working.

I’ll make @Starbucks a deal: If your barista can spell my name correctly on the first try, he can then talk to me about race.

The initial promotions had some issues.

Oh my, the press photos for Starbucks' #RaceTogether initiative are all very pale. http://t.co/dPbhdz5FbJ pic.twitter.com/YxwVdxzji2