A former Marine and his wife have filed a lawsuit against their daughters Maryland high school over what they call “indoctrination”.  John and Melissa Wood claim that their sixteen year old daughter was “indoctrinated into Islam” and was subjected to disparaging remarks about Christianity in a public High School in Maryland.

According to court documents their daughter was forced to perform an Islamic conversion prayer called the Shahada in which the convert states that “There is no God but Allah and Muhammad is his prophet”.

As if this is not disturbing enough, it comes a mere week after Project Veritas founder James O’Keefe caught an unwitting executive for National Geographic Education in his video crosshairs confessing that the Common Core standards were crafted to take a dim view of Christianity since “…dead white guys did not make this country…”.

The President and Chief Counsel of the Thomas More Law Center, Richard Thompson said in an interview with the Daily Mail U.K. “Such discriminatory treatment of Christianity is an unconstitutional promotion of one religion over another”.

Is fact Thompson states that for a non-Muslim to be forced to utter this prayer is an act of unwilling conversion. He also said that the school failed to make clear that students would be studying Islam as a part of the world history curriculum.

Mr. Woods is a form Marine who served in Operation Desert Storm and acted as a firefighter at the Pentagon after the September 11 attacks. Chances are that he saw the real face of the “Religion of Peace” during his deployment, which is particularly harsh on women. Honor killings, forced child marriage, female genital mutilation (FGM) are but some of the horrors that face women in the Muslim world with regularity.

I cannot blame this gentleman for defending his daughter’s God given right to be educated in an environment that is free of religious indoctrination. After all, this school is Federally funded and is not a private institution. It would be another thing all together if Mr. Wood had chosen to enroll his daughter in a Madrasa, but he enrolled her in their local public high school in Charles County, Maryland. 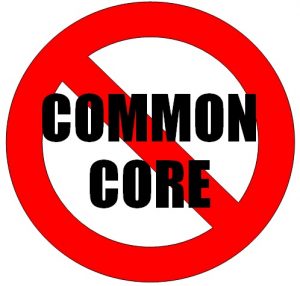 I ask you to get involved in your child’s school and take heed, we found out that our own Catholic school had snuck Common Core in the back door three years ago and neglected to tell parents. Trust, but verify, as Ronald Reagan said.