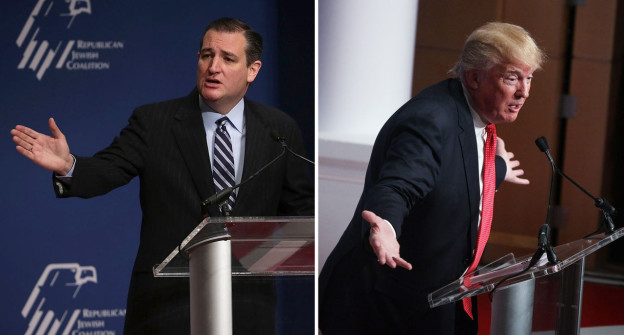 Political junkies eyeing the upcoming Iowa caucus are stunned by a new poll in Iowa which places Sen. Ted Cruz well ahead of juggernaut Donald Trump — by ten points.

A Bloomberg/Des Moines Register Iowa poll found that Cruz commands the backing of 31 percent of likely Iowa caucus attendees as opposed to 21 percent for Trump. The caucus will occur on February 1st and launch the presidential primary season.

What’s really eye-opening is this graphic by Bloomberg/Des Moines Register showing the dramatic trajectory of Cruz’s favorability among Republicans.

And of course Trump is crying in his beer. Or in his case, his Dom Pérignon.

Trump took to casting doubt on Cruz’s evangelical Christianity, saying that “Catholics come out of Cuba, not evangelicals,” but Cruz didn’t take the bait. His continued refusal to punch back at Trump has set Cruz apart from the rest of the Republican pack, denying Trump the fuel to launch further attacks.