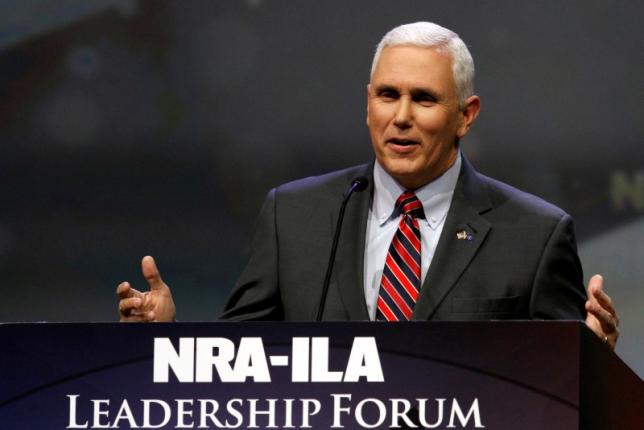 Rumors have been flying about who would be the winner of Trump’s Veepstakes competition as The Donald contemplates which individual would make the best running mate for him.

Conventional political wisdom points to Newt Gingrich and Chris Christie as being the most likely recipients of Trump’s favor, but rumors of Governor Mike Pence of Indiana emerging as Trump’s running mate have just surfaced. (And let’s face it, this election season has been anything but conventional.)

According to the IndyStar, an Indianapolis newspaper, Pence has said he has not talked to Trump about becoming his veep candidate, but has not ruled it out either. “You’d have to talk to their campaign about who they’re looking at or who they’re not looking at,” he said at a celebratory announcement about Sallie Mae bringing jobs to Indiana. And Rex Early, Trump’s Indiana campaign manager, said, “Pence would fill that bill. Nobody can say Pence is not a conservative. And it seems to me like someone who knows their way around Congress would be good. Pence has been there, done that, and he’s got the T-shirt to prove it.”

Now NBC’s Kelly O’Donnell has broken the news that Trump will be meeting with Pence on Friday.

BREAKING:@realDonaldTrump to meet with Indiana's @GovPenceIN this weekend Social conservative with DC experience