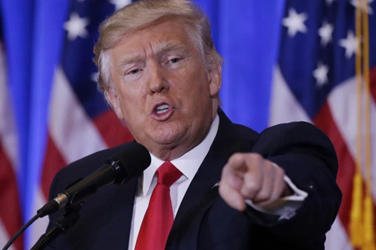 My friends and I are children and grandchildren of immigrants. Our relatives were lucky and either left home at the right time or were accepted as refugees.  And some of our relatives came into the US through Canada. They did not speak English, they worked day and night in really unpleasant jobs most of the time.  And most of these people including my 4 grandparents became naturalized US Citizens.   Today is the #daywithoutimmigrants protest throughout the US.

Why is this protest happening?  One reason is that during the campaign and afterwards, Trump administration has called Hispanic immigrants “Bad Hombres” and has gone after Arab immigrants.  There was a ban on anyone from several Arabic Countries entering the US.  Including green card holders. Noting that this list does not include Egypt or Saudi Arabia where most of the 9/11 hijackers came from. So immigrants are worried and mad.

The campaign, spread on social media and messaging apps, has called for a “day without immigrants.” It asks foreign-born people nationwide, regardless of legal status, not to go to work or go shopping in a demonstration of the importance of their labor and consumer spending to the United States’ economy.

Hispanic communities are running with this.  And many businesses closed today.  The good news is this is supposed to be a peaceful protest.

But what will the consequences be?  Here is my list of four consequence.

“When a child misses school, for any reason, they miss a chance to learn and grow. We hope that we can count on you to send your child to school each and every day, including Thursday.”

I am not sure what pulling the kids from school would do to show how vital immigrants are but I also don’t care for “ski trip” absences.  Call me a curmudgeon but let the kids learn.

Second group impacted is people working hourly or temp jobs.  For a lot of recent immigrants, no work means no pay.  Word to the wise: no call no show usually gets you fired.

The third group impacted is businesses.

Owners of some smaller businesses said that they supported the idea but that the campaign was too hastily organized to justify closing. Josh Phillips, a co-owner of Espita Mezcaleria in Washington, said that rather than close, he wanted to donate a portion of his restaurant’s proceeds on Thursday to the organizers of the campaign. But, he said, “we still don’t know who’s organizing it.”

Each dinner receipt, Mr. Phillips said, will be inscribed with the phrase, “This meal was made possible by immigrants.”

Last group impacted is the Trump administration.  What they said and how they said it started this whole campaign.  Had Donald Trump targeted illegal immigrants without the Bad Hombres crack and had his law been better explained, maybe people might not be so pissed?

Being out of school:

#DayWithoutImmigrants not appear to disrupt much in .@dallasschools. Some parents support idea, but say missing school not worth it @KRLD pic.twitter.com/8d0BLv0rGd

No thanks. I have bills to pay. Tho I support their cause #DayWithoutImmigrants

The day after #daywithoutimmigrants should be show them what you contribute day. Your business, job, career, charity, community service etc.

I sincerely hope the President and his staff learn from this event (and manage not to tweet).  How you say something is important.  And to the protestors, please stay coherent and nonviolent.  And thank you for no Hello Kitty hats this time.