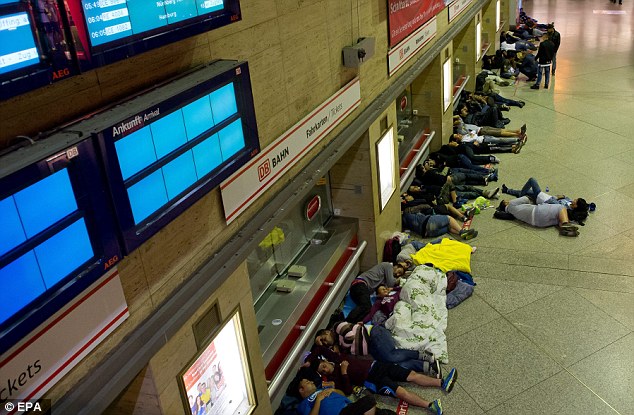 Germany has finally determined that she is at the breaking point with the massive influx of war refugees, and has stopped all trains coming from Austria bearing thousands of immigrants. Germany even suspended the open-borders policy of the Schengen Agreement, which normally allows travel between nations without passport checks.

The most heavily-burdened city in Germany is Munich, which took in over 10,000 refugees just on Saturday alone. “We no longer know what to do with refugees,” said mayor Dieter Reiter, faced with the realization that many of the new arrivals would have to sleep outdoors.

Meanwhile, in the capitals of Poland, Slovakia, and the Czech Republic, thousands of Europeans protested the massive influx of refugees, concerned that “Islam will be the death of Europe.”

From the looks of this map, it certainly appears to be an invasion of people from Muslim nations.

But — surprise of surprises — journalists in Arabic nations are taking notice and shaming leaders of the Arabic world.