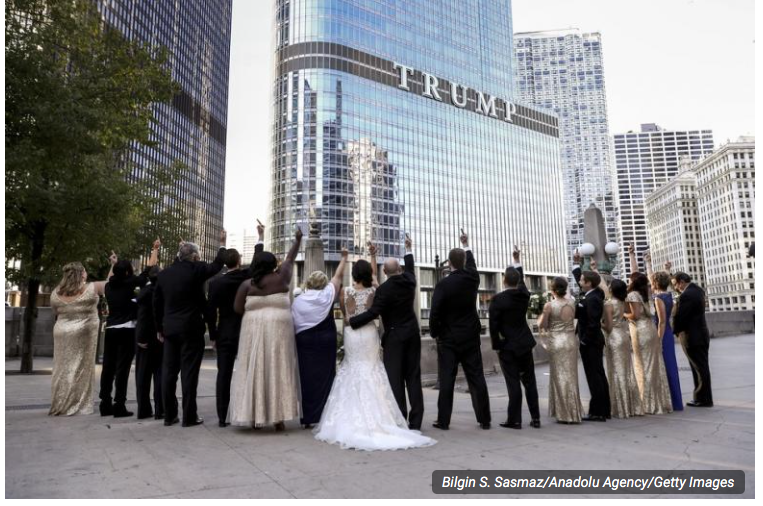 Just when you thought anti-Trump antics couldn’t get more insane, along comes a story that takes such lunacy to a whole new level.

Here’s the latest fad in New York City: Trump-hating wedding parties flipping the bird to Trump Tower. And then photographing it for posterity.

Can you imagine this exchange when these families gather for the holidays?

“Dear, why are you all saluting that building with your fingers?”

And think about this — how will a potential employer react to a job candidate should one of them put these photos on social media?

Good move, you paragons of maturity!

This flipping off Trump Tower seems to be a Thing now.

In August, some enterprising halfwits thought they would create a coffee table book comprised of people giving Trump Tower the bird. So clever!

They sought funds on the crowdsourcing site Indiegogo. Guess how much these imbeciles amassed.

But what else can one expect from these childish, self-centered young adults who have been raised to think that the world revolves around them? That have received a lifetime of participation trophies and safe spaces, and who have provided the nation with little more than social media selfies?

Let them continue to flip off Trump Tower. Donald Trump is laughing himself all the way to the White House. Sucks to be you, losers!