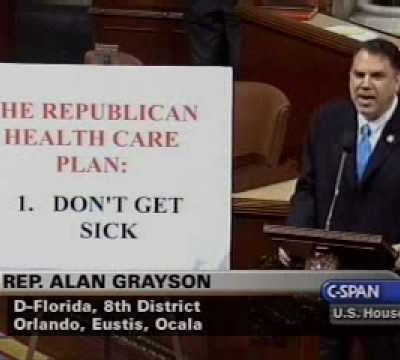 by Kit Perez in Headlines 8 Comments

We all know the story of the American Revolution; at least, some of us do.  Many just know the sanitized version of pseudo-facts taught in public school—that a bunch of old, privileged white men who hated black people and Indians fought some war or two, and we ended up free to go torture Native Americans and wagon train all over the place for gold.  Something like that.  The real story is lost somewhere in the telling, between the racism and the imperialism that the “progressive” powers that be would like you to think permeated the Revolution.

They don’t want you to know who these men really were, or what they did for us; a people with hope is a people who will fight, and nothing breeds hope like knowing that others have fought the same odds as you and won.  Those who are taking your liberty want you compliant, unquestioning, easy to herd.  Our forefathers were none of these things.

These were not perfect men.  They had faults; those are documented elsewhere. But they knew oppression when they saw it.  They knew, as Madison wrote later in The Federalist #47, “The accumulation of all powers, legislative, executive, and judiciary, in the same hands, whether of one, a few, or many, and whether hereditary, self appointed, or elective, may justly be pronounced the very definition of tyranny.” They knew that one man with an abundance of power would be corrupted.  The only way that the people could be governed was if they were free men, governed through a very simple system of representation.  Madison explained further in The Federalist #48 that “the existence of subordinate governments, to which the people are attached and by which the militia officers are appointed, forms a barrier against the enterprises of ambition, more insurmountable than any which a simple government of any form can admit of.”

No one man was ever meant to hold enough power to rule.  In King George III, all power had been consolidated.  He ignored the pleas for redress, laughed at their requests for representation, and made edicts without even so much as input of the people he ruled.  Even with all of this, however, the final straw—and the first shot—came when the British government did the unthinkable and unforgivable.

They came for the colonists’ guns.

“But I thank God,” John Hancock said a year before, “that America abounds in men who are superior to all temptation, whom nothing can divert from a steady pursuit of the interest of their country, who are at once its ornament and safeguard.” Those men, the safeguard of their nation, refused to live in anything but freedom.  They considered revolution their sacred duty, the only possible course of action when faced with what was so obviously tyranny.  They stood up to a tyrant, and said no.  They said it with their ink, and then they said it with their blood.

But there were also lions.

There were men who felt the force of the wind and leaned into it.  Men who felt the fire and kept marching, kept fighting.  Without food, without gear or proper clothing.  What makes men fight like this?  What makes them set aside their homes and families and all the comforts of their lives, to trek across the country and fight for a nation that did not even exist yet?  Freedom.

John Adams wrote that “The Revolution was in the minds and hearts of the people; a change in their religious sentiments, of their duties and obligations…This radical change in the principles, opinions, sentiments, and affections of the people was the real American Revolution.”  That change—that chance at liberty—gave men strength.  It gave them hope, and the courage to “let justice be done, though the heavens should fall.”  It gave John Parker, head of the militia at Lexington, the strength to tell his men, “If they want a war, let it begin here.”

And so it did.

It gave George Washington, head of the Continental Army, the strength to lead his men into battle with these words:  The hour is fast approaching, on which the Honor and Success of this army, and the safety of our bleeding Country depend. Remember officers and Soldiers, that you are Freemen, fighting for the blessings of Liberty – that slavery will be your portion, and that of your posterity, if you do not acquit yourselves like men.

Two hundred and thirty-seven years later, the Declaration of Independence has meaning all over again.  Where we began our nation under the leadership of a general who took freezing, starving, shoeless troops across the Delaware to a victory at Trenton, we find ourselves now under the rule of a tyrant, according to Madison’s definition, who seeks to “fundamentally transform” this nation of laws we love so dearly.  He has made his plans known, and step by step they are coming to fruition in all their horrible glory.

We are monitored in every facet of our lives, subject to scrutiny for speech or actions which may be seen as divisive and critical of the administration.  We are overtaxed, overburdened, and under-represented by fools who find politics to be a lucrative career, not a humble term of service.  We are told what kind of arms we can have, where we can have them, and what we can use them for.  In New York the government is literally rounding them up.  Forget the admonition about criminals being the only ones with guns when you take them from the law abiding citizens. The real problem has become that the King and his henchmen are quickly becoming the only ones with guns, and believe this: that is, absolutely, their intent.

An armed society rules itself, for they are not slaves, nor are they subjects.  Armed men are free men.

“In every stage of these Oppressions We have Petitioned for Redress in the most humble terms: Our repeated Petitions have been answered only by repeated injury.”  We the people have spoken on Obamacare, on the stream of executive orders that defy the limits of executive branch power.  We have attempted to speak out against the gleeful application of powers he does not possess, and the arrogance with which he applies them.  We have spoken out against his spending, his aid to our enemies and his rebuffs to our long-standing allies.  We have watched, aghast, as he murders civilians in the name of the United States with his drones, and sends our troops to wars he claims to condemn.  We have railed against his creation of a European-style welfare state.  We have demanded accountability for the deaths of American citizens in Libya, and in the Fast and Furious scandal.  We have demanded accountability for the lies, the long list of blatant untruths that have spewed forth from this administration like projectile vomit.  Our elected Congress does nothing but aid and abet this liar, this “Prince, whose character is thus marked by every act which may define a Tyrant.”  He is “unfit to be the ruler of a free people.”  That is what it comes down to, isn’t it?  It is what we think, what we say to each other in our homes, on our Facebook pages, to our friends.  We are ruled by a tyrant who is unfit to lead a free people.  We are 1938’s Germany.  We are 1770’s colonies.

We must study politics and war that our sons may have liberty to study mathematics and philosophy, Adams wrote, and that time is here for us as well.  We study politics and war.  We look to the past, to the men who laid a clear and shining path of liberty for us to follow.  The way to freedom is bloody.  It will cost some of us all we have, including our lives.  But it will not cost us all we are, because freedom is something worth more than life, more than stability and status.  We are Americans, forged in the fire of Fort McHenry’s rockets and tempered in the ice of the Delaware River.  We are meant to be free men, and no one will ever grant us these rights.  They are ours, ours to be defended and protected even at the cost of our lives.  We are not subjects to a King—even if the President thinks of himself as a King.

“Our streets are filled with armed men; our harbor is crowded with ships of war; but these cannot intimidate us; our liberty must be preserved it is far dearer than life. No longer could we reflect, with generous pride, on the heroic actions of our American forefathers . . . . if we, but for a moment entertain the thought of giving up our liberty. Our country is in danger, but not to be despaired of. Our enemies are numerous and powerful; but we have many friends determining to be free, and heaven and earth will aid the resolution. On you depend the fortunes of America. You are to decide the important question on which rest the happiness and liberty of millions yet unborn.” — Joseph Warren, 1770

We are at a crossroads that will determine the fate of our children, our children’s children.  Millions of Americans who have not even been created yet are depending on the actions you take today.

“Act worthy of yourselves.”